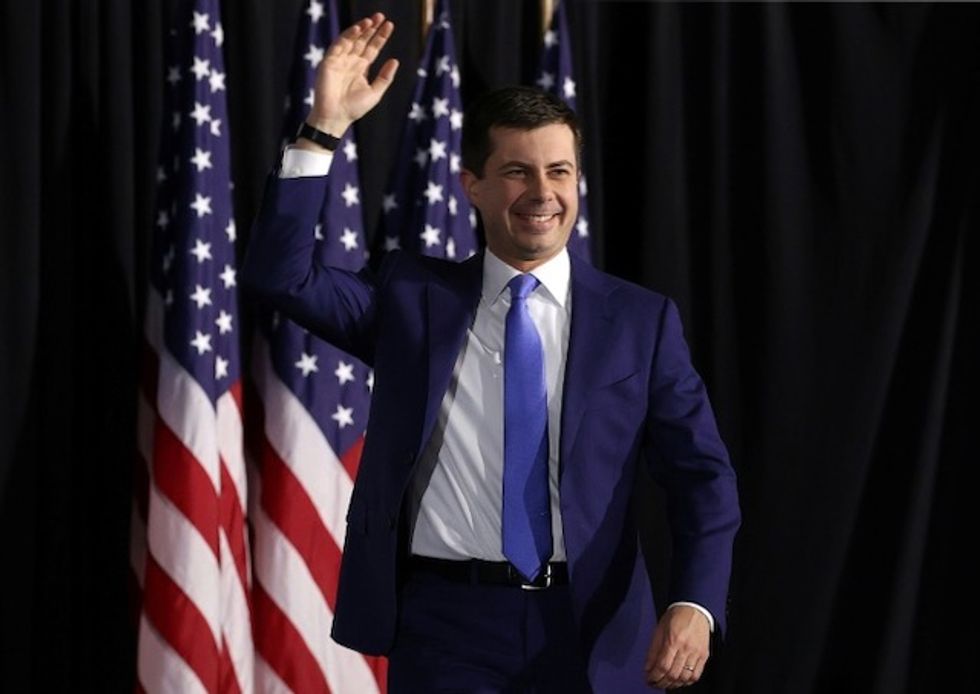 Democratic presidential candidate Pete Buttigieg claimed victory on Tuesday in the Iowa caucuses although party officials have yet to release any official results from a vote plagued by technical problems.

"We were able to demonstrate both the winning message and the winning organization," the 38-year-old former mayor of South Bend, Indiana, said in an interview with MSNBC.

Buttigieg, who is battling former vice president Joe Biden for the moderate wing of the party, said that based on an internal tally put together by his staff it was a "clear victory for this campaign."

"This is really the first proof point for how we're building the campaign that is ultimately going to go on to defeat (Donald) Trump" in November's presidential election, he said.

According to Buttigieg's website, citing results from 1,200 of the nearly 1,700 precincts in the midwestern state, he earned the support of 24.7 percent of the 152,000 voters who took part in Monday's caucuses, the kickoff of the presidential nominating season.

While Buttigieg was claiming victory, the campaign of Vermont Senator Bernie Sanders said that he was in the lead according to its calculations with 28.6 percent of the vote to 25.7 percent for the former Indiana mayor.

The Biden campaign for its part said it had "zero official data" so far from the Iowa Democratic Party.

Buttigieg said he was "frustrated and impatient like everybody else" for the Iowa Democratic Party to release the official results.

"The results will come in and I will trust the results but we wanted to see those results last night," he said.

The Iowa Democratic Party said precinct results were still coming in and blamed the delay on an app that was reporting only partial data.

"While our plan is to release results as soon as possible today, our ultimate goal is to ensure that the integrity and accuracy of the process continues to be upheld," it said in a statement.