Pressured by US sanctions, Cuba struggles to pay its debts 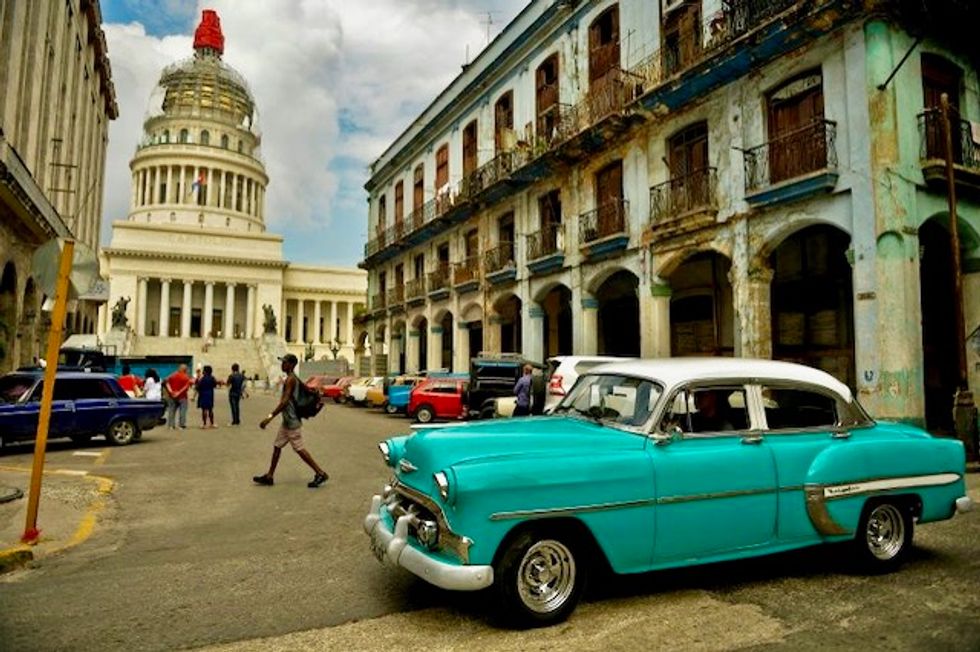 Foreign companies going unpaid, creditor countries told to be patient: as Cuba struggles under the weight of US sanctions it has also been struggling to pay its debts, raising serious concern among its partners.

Having negotiated a restructuring of its debt with 14 countries through the Paris Club of creditors in 2015, Cuba last year failed to make timely payments to six of them - Austria, Belgium, Britain, France, Japan and Spain.

The Caribbean nation was supposed to pay those countries "$32 to $33 million" of the total $82 million due in 2019, one diplomatic source said. Its failure to do so leaves it facing stiff interest payments of 9 percent.

Facing this difficult problem, Cuba's deputy prime minister Ricardo Cabrisas has sought to offer reassurance. In a letter to Paris Club president Odile Renaud-Basso and seen by AFP, he promised that Cuba would make its overdue payments by the end of May.

"They have to propose a precise calendar," one ambassador said, expressing the general sense of impatience, even while admitting that the Cuban government "is going through a bad pass; they have no liquidity."

Several diplomats interviewed by AFP expressed concern over what they said was the "precedent" of the overdue payments.

As one European diplomat put it: "They said they were going to pay their debts. There is no plan; there is a lack of credibility."

Another diplomat noted that "we met Cabrisas at the beginning of the year" and he had a "defeatist tone."

"But he told us that his country really did not want to default," as it did in 1986, when it suspended its debt payments.

The Communist island was largely cut off from international markets from then until the 2010s, when several countries canceled the majority of Cuba's debt: China in 2011 forgave $6 billion in debt, Mexico in 2013 canceled $400 million, and Russia in 2014 forgave $35 billion.

The Paris Club accord helped put the Cuban economy back on track, as 14 countries agreed to wipe out $8.5 billion of the $11.1 billion due, with the remainder converted into investment projects or rescheduled to fall due through 2033.

Most of those countries are European, and the European Union has become Cuba's leading investor and principal trading partner.

EU-Cuban commercial transactions exceeded $3.47 billion in 2018, even as political dialogue between the two sides sharply escalated.

"The incomplete payment to the Paris Club creditors demonstrates the complexity of Cuba's economic and financial situation," said Pavel Vidal, a Cuban economist at the Javeriana University in Cali, Colombia.

"For at least three years, Cuba has shown all the symptoms of an economy in recession and with a balance-of-payments crisis," Vidal said.

"Breaking out of that vicious circle is complicated without the aid of an international lender of last resort like the IMF, especially in the face of escalating American sanctions and the effects of the Venezuelan crisis."

Cuba has faced a hardening of the 58-year-old US embargo since Donald Trump arrived in the White House, with laws penalizing foreign companies, pressuring banks and limiting visits by Americans.

It has also suffered from the effects of the economic and political crisis in Venezuela, its most important ally and leading petroleum supplier, while its own major revenue sources have waned.

The influx of tourists declined by 9.3 percent last year from 2018 -- its first drop in 10 years -- while its income-producing deployment of physicians abroad suffered as 9,000 of them returned home amid diplomatic spats, notably with Brazil, with which Cuba fell into default in mid-2018.

"What worries me most is the other debt, that created by the credits extended by suppliers," who often have to wait two years to be paid, said Cuban economist Omar Everleny Perez.

Spanish companies, the most numerous among the suppliers, are owed an accumulated 300 million euros ($325,000), according to an estimate from the Spanish government.

But because the agreement with the Paris Club is "politically important," he believes Havana "is going to pay."

"But that is not going to solve the long-term problem," he added. Perez criticized the Cuban government's failure to pass economic reforms to stimulate the private sector and spark growth.

Meantime, the London Club -- a group of private creditors that is something of a counterpart to the Paris Club's public creditors -- holds several hundred million dollars of the island's commercial debt and has been trying in vain since 2013 to negotiate an accord with Cuba.

One member of the club, investment fund CRF I Ltd, has filed a formal claim with Britain's High Court.

"We are losing patience," said its president, David Charters. If Cuba "wants to access international financial markets again, they need to clear this up."