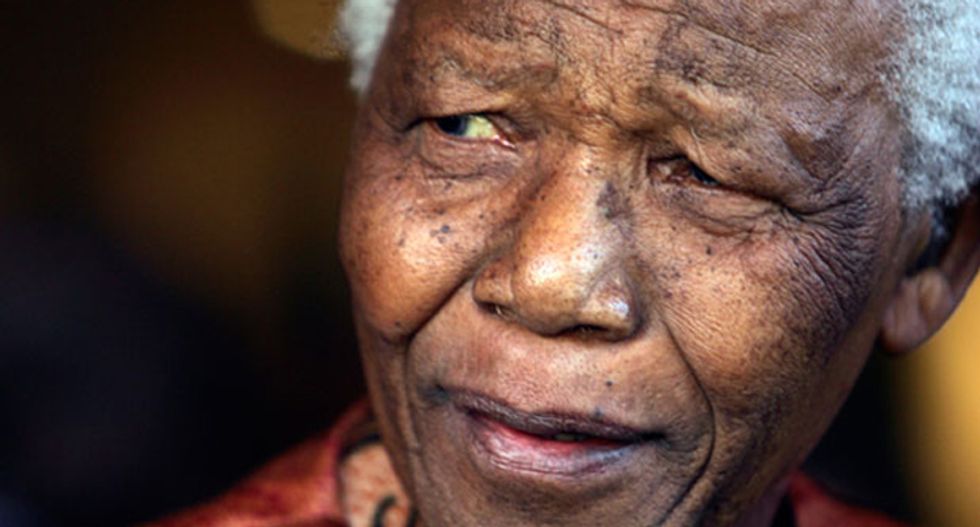 American Greatness, a pro-Trump publication that advocates for the president's nationalist agenda, has published an editorial that accuses former South African President F. W. de Klerk of "betraying" his country by overseeing the end of apartheid.

The editorial, written by South African-born author Illana Mercer, claims that de Klerk "sold his constituents out for a chance to frolic on the world stage with Nelson Mandela" by ending the apartheid regime that deprived South Africa's black majority of any political rights.

According to Mercer, de Klerk failed to protect a "vulnerable minority" of white people and instead handed the entire country over to "radical black nationalist movements."

Among de Klerk's sins, Mercer argues, was his guarantee of universal suffrage to all South African citizens.

"Universal suffrage is not to be conflated with freedom," she writes. "As Iraqis learned after their 'liberation,' ink-stained fingers don’t inoculate against bloodstains, or, rather, rivers of blood."

Mercer also laments the failure of Constand Viljoen, the former South African military commander whom she says "planned on leading a coalition that would have deposed the freelancing De Klerk and negotiated for an Afrikaner ethnic state."