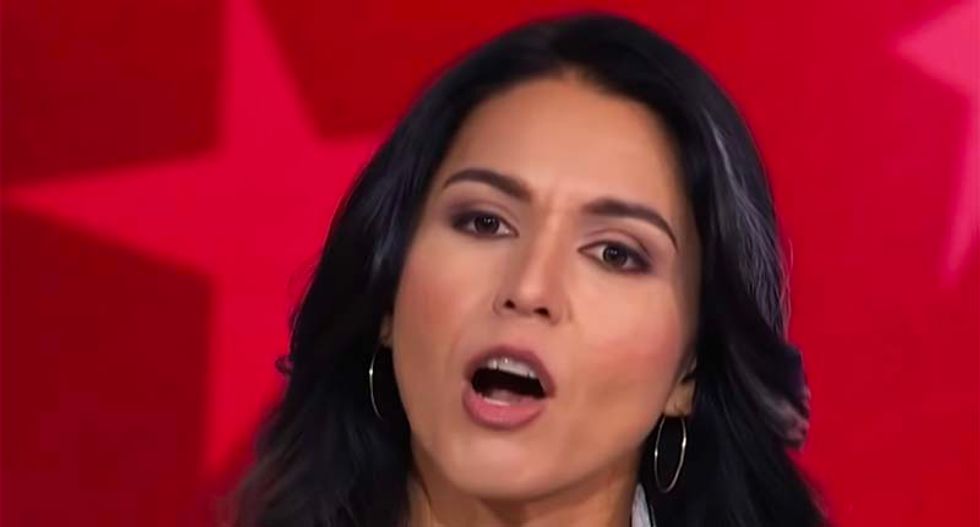 Gabbard, who has promised to support whatever Democrat wins the nomination, appears to be unaware of Vindman's role as Director for European Affairs for the National Security Council (NSC), instead incorrectly suggesting he was a cabinet official.

"Ultimately, whether people like it or not, there are consequences to elections and the president has, within his purview, to make the decisions about who he'd like serving in his Cabinet," Gabbard told Fox News' Neil Cavuto, as Newsweek reported.

She's also being condemned for appearing to place politics over national security.

Many are furious Gabbard is again siding with Trump, who Democrats have vowed to beat at the ballot box in November.

This is what a @TulsiGabbard administration would look like - rationalization for retaliation for public testimony. https://t.co/qCcHDCTxhk
— Tim Peacock (@Tim Peacock) 1581359337.0

@realTuckFrumper Gabbard is using zero common sense because she knows Trump voter's lack it. This is not about elec… https://t.co/9dHZ8mjQHm
— Mary Ann Barbero (@Mary Ann Barbero) 1581354589.0