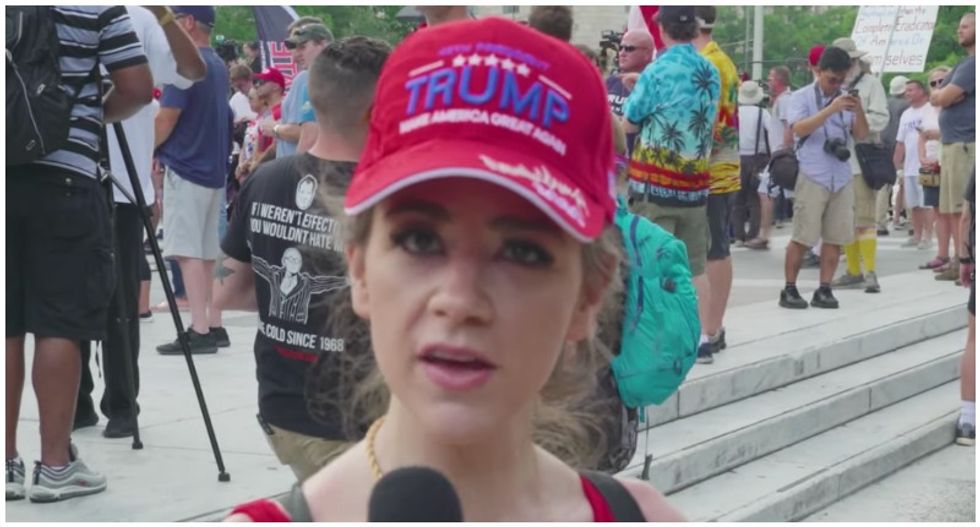 Republican House candidate Danielle Stella is wanted by the law, but that isn't stopping her from trying to take Rep. Ilhan Omar's (D-MN) seat in Congress. According to the Daily Beast, she been able to raise almost $84,000 despite being wanted for felony shoplifting. She also has a sizable presence on social media.

Stella's fellow candidates for Omar's seat aren't too thrilled about her presence in the race. According to Republican candidate Lacy Johnson, Stella's negative headlines, along with her apparent belief in the "QAnon" conspiracy theory, could undermine the rest of the candidates.

Her dabbling in conspiracies is already having an effect. Police were called to a hotel in Osceola, Wisconsin, when people flooded the hotel with phone calls after a YouTube conspiracy theorist speculated that Stella was in some sort of unspecified danger at the location. She also got the Twitter account for her campaign suspended for sharing a rumor about Omar being an Iranian government asset and calling for her to be "tried for #treason and hanged.”

Stella's campaign is still active online, but Johnson is baffled as to how she plans to move forward, telling the Daily Beast, “I wouldn’t even run if I was on the run from the police."