Republicans slam 'democratic socialism' while allowing socialism for the rich and the powerful: op-ed 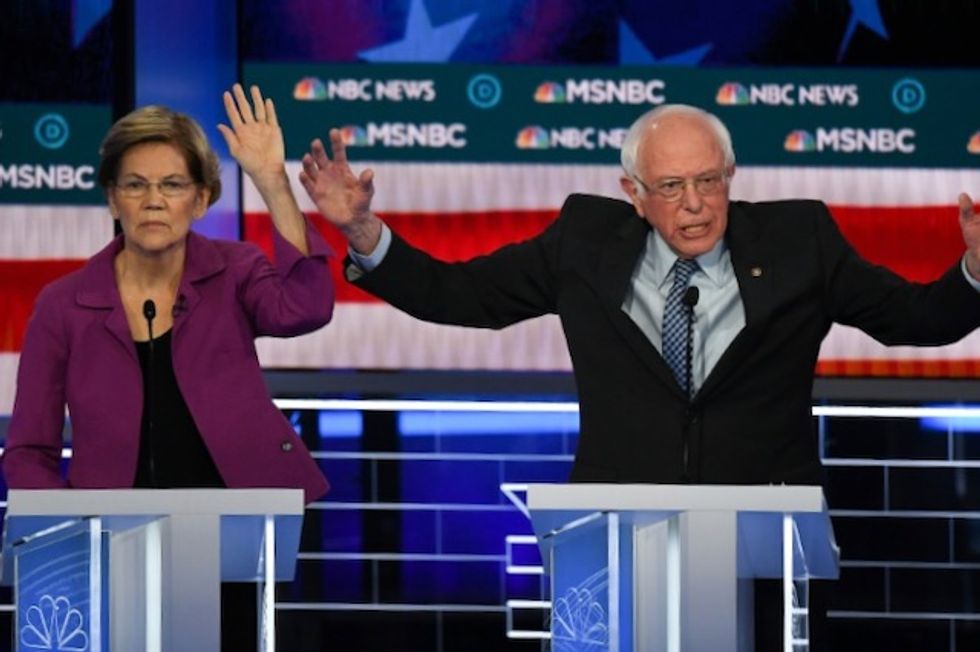 In an op-ed for the Chicago Sun Times this Monday, civil rights activist Jesse Jackson defended 2020 presidential candidate Bernie Sanders regarding attacks from conservatives that his brand of "democratic socialism" is akin to socialist models found in Venezuela or Cuba.

As Jackson points out, Sanders, as well as Elizabeth Warren, "have offered Americans a new direction, not simply another candidate."

"Both have called for a modern version of what Franklin D. Roosevelt called the Economic Bill of Rights: Medicare for all, tuition-free public education, universal day care, a Green New Deal to generate jobs while addressing climate change," Jackson writes. "Both would tax the wealthy and corporations to make vital public investments in the common good."

While Warren rejects the label of "democratic socialist," Jackson argues that the difference is only in labels, not in substance, adding their agendas are "remarkably similar."

Read the full op-ed over at the Chicago Sun Times.