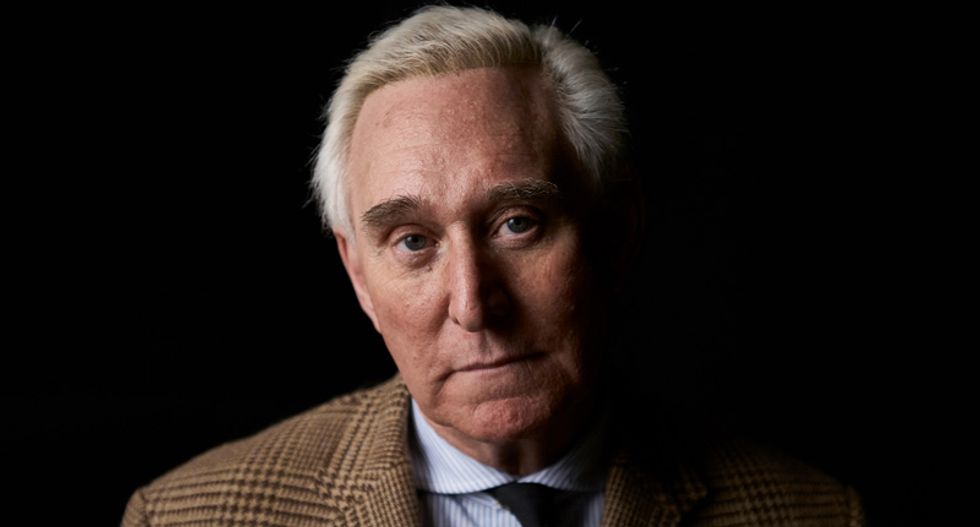 Roger Stone's motion for a new trial was put in jeopardy on Tuesday as defense attorneys admitted that they did not google a juror who they later claimed was biased against President Donald Trump.

At a hearing that was available to reporter as audio only, defense attorneys argued that Stone deserves a new trial because the juror had made disparaging social media posts about the president and his supporters.

Jackson had ruled earlier in the day to restrict the hearing to audio only after the president and a Fox News host incited hatred against the juror.

Hearing is underway. Judge Jackson grilling the US attorney about what information was available to the Stone defen… https://t.co/6ZYMPZLf0z
— Darren Samuelsohn (@Darren Samuelsohn) 1582659389.0

Former Stone prosecutor Michael Mirando -- one of the four who resigned from the case two weeks ago -- is here at t… https://t.co/tHY1iF79SW
— Darren Samuelsohn (@Darren Samuelsohn) 1582659798.0

Judge Amy Berman Jackson: "Tucker Carlson accused the foreperson of the jury of being an anti-Trump zealot...Any at… https://t.co/Z4UkzAwyQc
— Ken Dilanian (@Ken Dilanian) 1582659657.0

Upon questioning from ABJ, Buschel admits that no one on the defense team googled the people listed on the jury pan… https://t.co/zlQasMSMXR
— Tierney Sneed (@Tierney Sneed) 1582661481.0

Through all of this ABJ has tried to pin Ginsburg down on which of these post proved that she lied, rather than jus… https://t.co/WNOIvdB5na
— Tierney Sneed (@Tierney Sneed) 1582663034.0

Judge says again that issue, at moment, is whether juror lied 'not that she is a died in the wool Democrat and prob… https://t.co/MWlhCdo3Ea
— Josh Gerstein (@Josh Gerstein) 1582663141.0

It's getting tenser in here. ABJ raises her voice a bit when Ginsburg suggests she cut off Stone's lawyers from que… https://t.co/hqWDcSykPY
— Tierney Sneed (@Tierney Sneed) 1582664023.0

Judge Jackson just said she directed the entire Stone jury to be in the courthouse today for the hearing. She said… https://t.co/knRWA2H5ge
— Darren Samuelsohn (@Darren Samuelsohn) 1582664561.0

Judge has ruled that defense did not meet the standard to get a hearing to show jury was tainted by press reports d… https://t.co/IHEECi6uMA
— Josh Gerstein (@Josh Gerstein) 1582665402.0