Romney takes case for Trump conviction to Fox News: 'I do believe he should be removed from office' 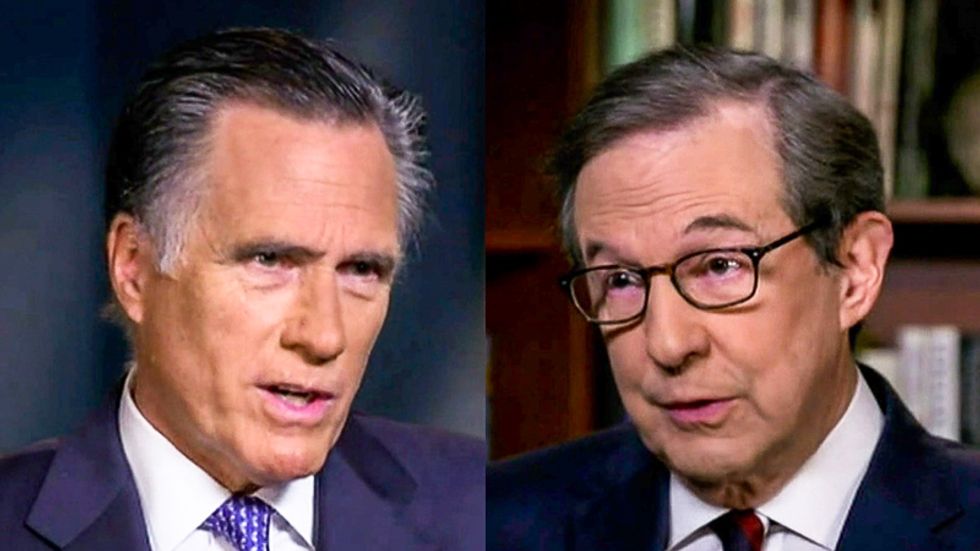 Sen. Mitt Romney (R-UT) explained to Fox News host Chris Wallace why he decided to vote for the conviction of President Donald Trump.

"I believe the act that he took, an effort to corrupt an election, is as destructive on the oath of office as I can imagine," Romney told Wallace. "It is a high crime and misdemeanor within the meaning of the Constitution and that is not a decision that I take lightly."

The former Republican presidential nominee predicted "extraordinary" consequences for himself due to the decision.

"But I swore an oath before God and I'm a religious person," Romney said, "that I would apply impartial justice and applying impartial justice said, what the president did was grievously wrong and I had to vote -- if I was going to live with it on my conscience in way that was consistent with that oath of office."

"I do believe he should be removed from office," he added. "That's the vote that I will take."