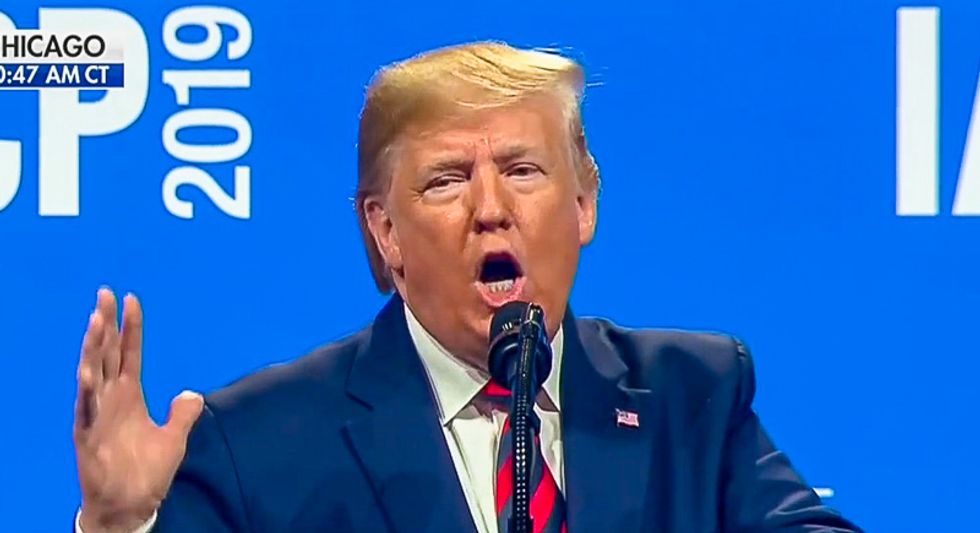 President Donald Trump on Friday demanded praise from a room full of Border Patrol agents after he boasted to them about getting his long-promised border wall built.

During a speech in front of the National Border Patrol Council, Trump explained how he secured money for his wall by bypassing Congress and declaring a "national emergency" that let him pilfer funds from the military.

"But when you want to get money for a wall, that most of the people in the Democrat Party wanted five years ago, they just didn't like it when I announced that we're going to build it, they were unable to get it build, they had the money but they were unable to get it built, because it takes talent to build things!" Trump said, without ever once citing evidence to support his false claim that Democrats at one point tried to build a wall like the one he's proposed constructing.

The president then took a victory lap around building the border wall, which has not actually been constructed on the U.S.-Mexico border.

The room erupted in applause.