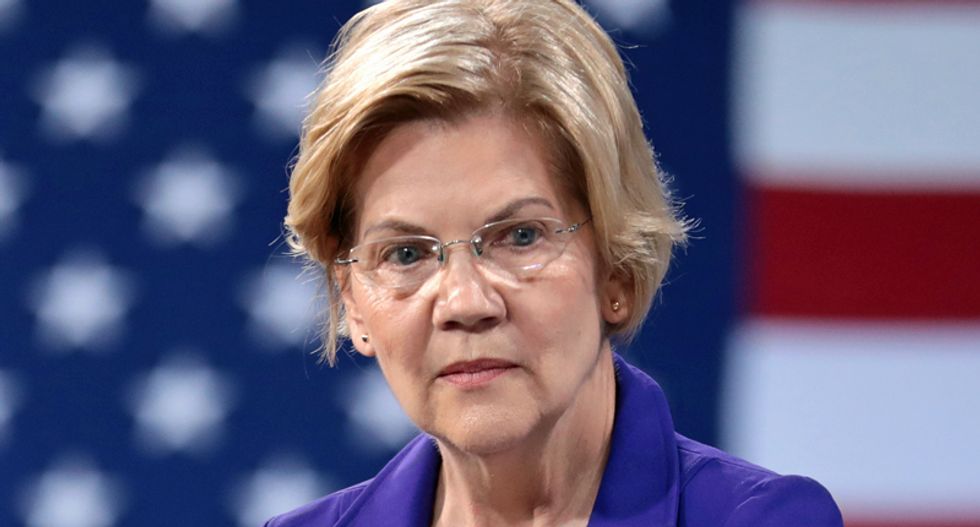 The young and idealistic voters in Silicon Valley are largely united against US President Donald Trump, but split over the rival Democratic hopefuls as the crucial Super Tuesday primaries loom.

Frontrunner Bernie Sanders has gotten the most donations from the "internet industry," according to tracking by the Center for Responsive Politics with rivals Pete Buttigieg and Elizabeth Warren not far behind in the tallies.

"Silicon Valley is many shades of blue," said Vivek Wadhwa, an entrepreneur and author who is a professor at Carnegie Mellon University's Silicon Valley branch.

"It is polarized, and it is polarized on the extreme left. There is a consensus here that Donald Trump is the enemy."

Sanders, who at 78 is from a different generation than the typical tech worker, connects with the younger crowd by promoting himself as a "disruptor," like many emerging tech firms, said San Jose State University political science professor Melinda Jackson.

With Californians set to vote on this week's Super Tuesday, when 14 states go to the polls, support for Sanders and Warren comes even with the two progressive candidates pledging to sharply raise taxes on high earners and break up the largest tech companies which dominate key economic sectors.

"Sanders does appeal to many of the workers who feel the downsides of income inequality," said Jackson.

Some analysts see support for 38-year-old Buttigieg, with a more moderate platform. Reports said a Buttigieg gathering was hosted by Netflix chief Reed Hastings and attended by people linked to Google, Facebook and other large tech firms, an event denounced by rivals as the "wine cave" fundraiser.

"Pete Buttigieg is the favored candidate of Silicon Valley as he has a tech-friendly agenda and a moderate stance in regulation," said Brookings Institution governance studies director Darrell West.

"He understands how businesses operate and what they need in order to do well."

Buttigieg has the vote of Manu Koenig, who has worked at a series of tech startups and is running for an elected position in part of Silicon Valley.

"For my friends and I, it is just that we want some return to normalcy rather than swinging from one pole to the other," Koenig told AFP.

The 34-year-old cited the popularity of Buttigieg and Amy Klobuchar as a sign Silicon Valley voters want reason and collaboration returned to US national politics.

Former vice president Joe Biden "is hardcore normalcy, but he is just too old," Koenig said.

"We want normalcy 2.0, or even 3.0," he added, using a reference to improved second or third generations of a technology platform.

He sees former South Bend, Indiana mayor Buttigieg as in tune with Silicon Valley ways of thinking, from climate change to quickly rolling out solutions and then improving on them as feedback or data dictate.

"I think it is just an awareness of our inter-connectedness and realizing we are developing solutions together," Koenig said.

"Venture capitalists don't want to be taxed, and feel like Bernie and Warren are sort of out to get Silicon Valley," Pinkston said.

These investors also count on internet giants like Google, Facebook to buy startups they have invested in early, providing lucrative returns. Breaking up big tech would undermine that strategy.

Even though the tech world has mostly supported Democrats, a few high-profile executives have allied with Trump including investor Peter Thiel and Oracle co-founder Larry Ellison, who recently hosted a fundraiser for the Republican president.

Some young techies who came of voting age in 2016 feel disillusioned and wary of the primaries.

He feels that billionaires are out of touch with mainstream life but that those now in the White House have spewed malice at US families of Mexican heritage such as his.

"Do I really want to vote for Joe Biden or Bernie Sanders?" Garcia asked rhetorically.

"No. But, it's better than someone who hates me and my family."