The depths of Trump's paranoia: One person who may know him the best explains what's ahead 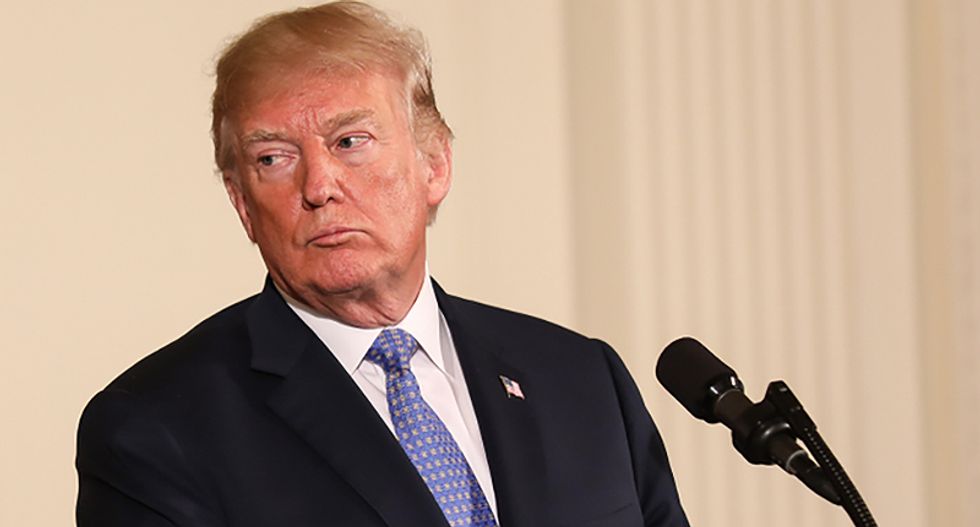 President Donald Trump's biographer, Michael d'Antonio, knows a great deal about his life, his behavior, and his long history of paranoia. A piece in The New York Times Monday summed up the president's state of mind during the impeachment with one word: "paranoid."

Speaking to the long history of paranoia, d'Antonio recalled that in Trump's book The Art of the Comeback, he wrote ten tips for an effective comeback. No. 3, he said, was "be paranoid."

"He thinks that paranoia is an effective strategy when it comes to managing people and when it comes to doing business," said the biographer. "And I think all of the attitudes that we see him bring into the presidency are things that evidence themselves early in his life. So, he's never trusted people very readily and is very quick to identify someone as an enemy. And then try to root out those who aren't loyal enough. So paranoia is something that's always been a trait for the president, and he considers it a useful, even constructive thing."

It's a character flaw that former President Richard Nixon also had. Recalling the White House recordings, former director of the Nixon Library, Tim Naftali, warned that he'd seen this movie before. "And it's ugly."

Nixon, he explained, surrounded himself with people who knew what his likes and dislikes were, and would play on his hate.

"Nixon's people used -- they weaponized his hatred and took advantage of the fact that he was a conspiracist," Neftali explained. "And my fear is that the people around President Trump will play on these issues that they know he hates to trigger him. And as a result, he will use government against the American people, the way that Richard Nixon did in 1971 and '72."

D'Antonio recalled that Trump's paranoia isn't just a business problem; it extends into his personal life. When he was two days from marrying his first wife, he forced her into a prenup "because he was paranoid about her."

"That seeded distrust in their relationship, and ultimately he felt betrayed," d'Antonio explained. "So, this is not a functional quality even though he would advertise it as such."