The ‘French Oscars’, under fire, brace for a Polanski showdown 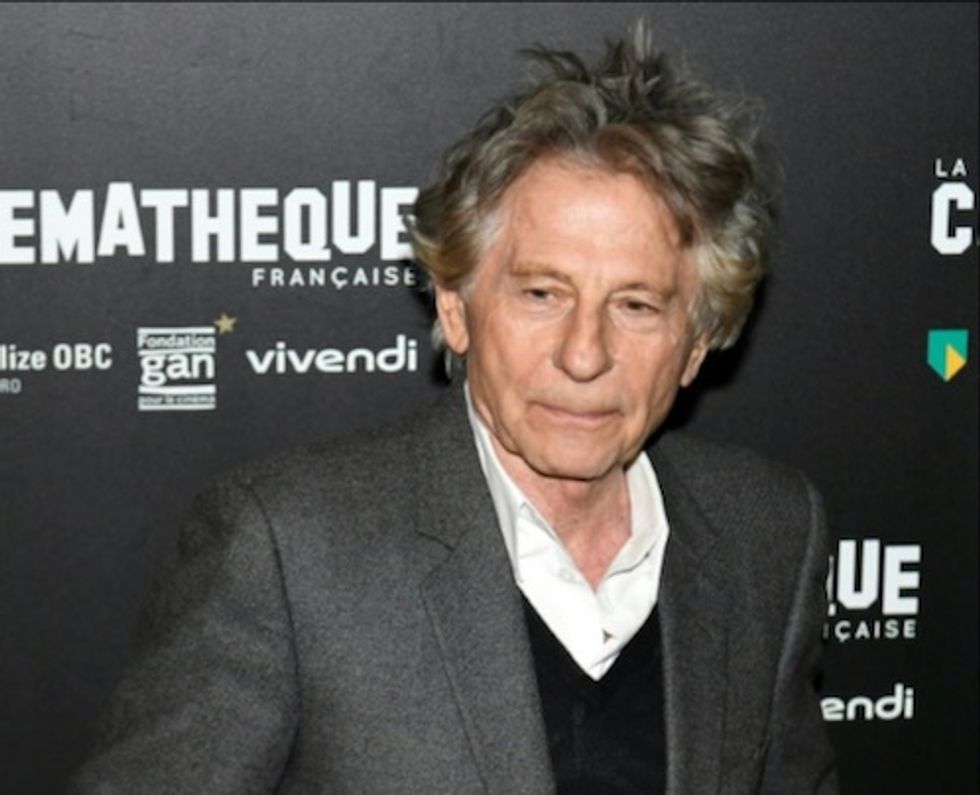 With France’s film industry in the midst of a belated #MeToo awakening, the annual César Awards have set the stage for a showdown with feminist groups by handing Roman Polanski’s latest film the lion's share of nominations.

Another year, another “Affaire Polanski” for France’s César Awards.

French cinema’s annual showcase event, the local equivalent of Oscars night, is just two weeks away – but for beleaguered organisers at the Académie des Césars, it couldn’t come soon enough.

The run-up to the glitzy event has once again been upset by a growing fracas centred on Roman Polanski – this one involving the mother of all “affaires”, the late 19th-century Dreyfus Affair, which the Franco-Polish director has turned into a hugely successful, and controversial, film.

Polanski, now 86, has been wanted in the US for the statutory rape of a 13-year-old girl since 1978. He is a fugitive under American law and persona non grata in Hollywood. But his latest film, “An Officer and a Spy” (or “J'accuse” in French) has received 12 nominations at the César Awards, topping the field and sparking outrage among feminist groups who had called for a boycott of the film.

“12 César nominations for Roman Polanski’s ‘J’accuse’. 12, like the number of women who accuse him of pedo-criminal rape,” feminist groups wrote in an open letter to the French press on Monday, referring to other accusations of sex assault levelled at the director over the years.

“With these 12 nominations, the film industry has given its open and unconditional support to a fugitive rapist, who has admitted he drugged and raped a 13-year-old child and has fled US justice. Two years after #MeToo, while Harvey Weinstein faces a possible life sentence in the United States, here in France we acclaim and celebrate a fugitive pedo-criminal rapist,” they added, vowing to stage protests outside the Salle Pleyel in Paris, where the Césars will be awarded on February 28.

This is not the first time the Césars have faced controversy because of Polanski. In 2017, he was invited to preside over the awards ceremony, but stepped down after the proposal sparked outrage.

Laurence Rossignol, then the French minister for women’s rights, had called the decision to invite Polanski “shocking and surprising”, while the hashtag #BoycottCesars soon gained traction on Twitter. Likewise, Marlène Schiappa, who has inherited the gender equality portfolio in President Emmanuel Macron’s government, has reacted with dismay to the latest César nominations, suggesting French cinema is “yet to complete its awakening, its revolution”.

Brigitte Rollet, a film specialist at the University of Versailles and Sciences-Po Paris, says both incidents reflect “the academy’s startling impermeability to what is going on around it, to the wider context that makes some of its decisions seem so out of touch”.

Though it preceded the #MeToo movement by several months, Polanski’s botched appointment in 2017 came at a time of heightened awareness of sex abuse and gender inequality worldwide. It occurred just days after millions of women took to the streets around the world, including in Paris, to highlight women’s issues and to protest against the sexist antics of the newly elected US president, Donald Trump.

Three years on, French cinema has finally begun its own reckoning of sex abuse allegations in the film industry, spurred on by the likes of actress Adèle Haenel, who touched a nerve last autumn when she opened up about the sexual harassment she endured while shooting her first film, aged 12.

So the nominations for best director are: a bunch of men, including a rapist, and one woman. Justine Triet directed… https://t.co/udqBMnPUrx
— Caspar Salmon (@Caspar Salmon)1580292766.0

Days later, French photographer Valentine Monnier became the latest woman to accuse Polanski of raping her, alleging an “extremely violent” assault at his Swiss chalet in 1975 when she was 18 – a claim the director has denied.

In celebrating Polanski regardless of this context, Rollet says the Académie des Césars “isn’t so much trying to make a point as it is simply failing to even consider what kind of message it is sending out”.

The message is that France is lagging way behind the US when it comes to recognising and addressing sex abuse in the industry, says Audrey Clinet, a filmmaker and founder of the EROÏN platform, which helps showcase the work of female directors.

Clinet, who is based most of the year in Hollywood, points to a form of hypocrisy and incoherence in French attitudes to the issue. It’s a “contradiction between wanting to defend people like Haenel while at the same time failing to denounce the likes of Polanski”.

“If you support Adèle Haenel, why would you go watch a film by someone who committed acts of paedophilia?” she asks, arguing that French media also have a habit of mischaracterising the crimes involved, most notably when it comes to child abuse.

“We forgot that Haenel was a child at the time [of the alleged abuse]; we’re talking about paedophilia, period,” she says.

Asked whether, in Polanski’s case, one should distinguish between the artist and the man, Clinet says the argument has been used all too often to absolve one from making a stand.

“Why should artists be untouchable? And why does the industry continue to support someone like Polanski?” she asks. “I don’t want to be a part of this, so I won’t watch his movie.”

Calls for a boycott

The head of the French film academy, Alain Terzian, has strongly defended its right to honour Polanski’s film, arguing that it is not up to his institution to “adopt a moral stance” when handing out awards.

“Unless I am wrong, 1.5 million French people have gone to see his film. Go ask them,” he shot back when asked if the academy should be celebrating the veteran filmmmaker.

"An Officer and a Spy", which tells the story of Captain Alfred Dreyfus, a French Jewish officer who was wrongly convicted of spying, won both best director and the critics’ prize at the Venice Film Festival in August. The director sparked an uproar there by comparing the “hounding” he has experienced to the anti-Semitic persecution Dreyfus suffered, and then blaming disgraced Hollywood mogul Harvey Weinstein for his woes.

His film has also been a box office hit at home, despite a wave of protests that saw some screenings cancelled after protesters invaded or blockaded cinemas. Whether or not to watch the film presented many moviegoers with a genuine dilemma, in a way that has rarely been seen in France.

I went there dragging my feet and hoping I’d hate it,” said a film industry worker, one of the César awards’ more than 4,000 electors, who declined to give his name in order to speak openly about his vote.

“But once I’d seen it there was no doubt in my mind it was the best film of the year,” he said. “It’s not just Polanski’s work, he didn’t write it alone; in fact it’s excellent from A to Z, from the photography to the acting.”

“An Officer and a Spy” will get his vote for best picture, “to reward everyone involved in it”. But he won’t give Polanski the nod in the best director category, because that would “give the industry a terrible image”.

‘No one said it was a crime’

The Polanski controversy is not the only issue that has cast a pall over this year’s César awards.

On Tuesday, more than 200 actors, producers, directors and movie personalities penned an open letter demanding "profound reform" of the Académie des Césars, which they accused of being behind the times. The signatories – including actors Mathieu Amalric and Jeanne Balibar as well as filmmakers Céline Sciamma and Gilles Lellouche – denounced "dysfunction" at the academy and the "opaqueness" of its accounts.

The academy has been widely criticised for allegedly excluding director Claire Denis and writer Virginie Despentes, both considered feminist activists, from a ceremony announcing the contenders for this year's Césars. Under pressure to implement change, it has previously adopted measures to boost female representation in its membership and representation.

In film as in other fields, male control over positions of influence has helped to keep a lid on cases of abuse, says Rollet of Versailles University.

“The small world of cinema is conducive to people in power covering for each other,” she explains. “It also makes it difficult for others to break ranks and speak out.”

Many have compared the tolerance Polanski enjoys from the film industry to that granted – until recently – to disgraced veteran French writer Gabriel Matzneff, who had written for decades about his sexual adventures with adolescents.

Matzneff, who is currently being investigated by French police, has since declared that he regretted his sex tourism trips to Asia, claiming that at the time “no one ever said it was a crime”.