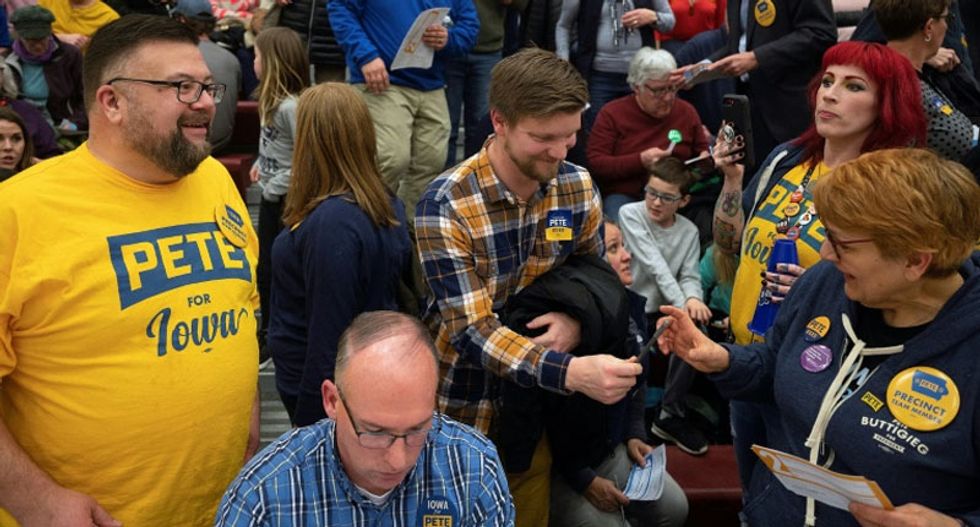 There is still no official winner in Iowa after the Iowa Democratic Party (IDP) said they found "inconsistencies" in the three sets of results they were supposed to deliver. This Tuesday, the IDP said the problem was caused by a "coding issue" in its reporting system. Writing for the Daily Beast, Stuart Stevens says the Iowa caucus system is "a nutty system no school would sanction to choose a student body president."

"The Iowa caucus system is one of those ideas that seems sort of charming if you think about it for five minutes — a bunch of neighbors getting together in America’s most literate state, the one that gave us Jean Seberg and The Music Man – and utterly insane if you think about it for ten minutes," Stevens writes. "No secret ballot so you’re standing across from your boss when you vote, no early voting and doors close at 7 pm so if you stop for gas your vote doesn’t count, all in a state that doesn’t remotely resemble the American electorate as a whole."

According to Stevens, both parties' caucuses are "amateurish affairs run by volunteers."

"The dirty little secret is that the Iowa caucuses, like the NH primary, are a big business," Stevens continues. "No Chamber of Commerce could come up with a scheme to get tens of thousands of people to visit Iowa and New Hampshire in the winter and spend millions of dollars. But a couple of local political parties did and they will fight like hell to keep their gravy trains rolling."

The problem, Stevens says, is easy to fix. For parties to keep doing the same thing and expect different result is the definition of insanity. "...and maybe, just maybe, this latest debacle will end the quaint madness."

Read his full piece over at the Daily Beast.