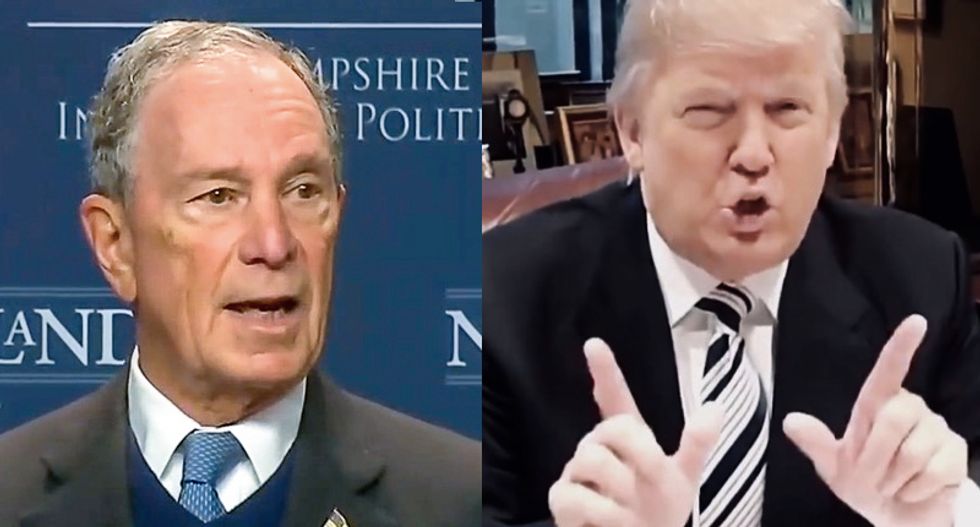 The real reason that President Donald Trump hates Michael Bloomberg so much is that he's a "real billionaire," said CNN political analyst David Swerdlick. Particularly when it comes to the insult game, it's one that Trump has long practiced and perfected.

"Bloomberg gets under his skin because Bloomberg is actually really rich, a real billionaire, many times over," said Swerdlick. "And Trump is more of a TV billionaire and that is why, I think, Trump is coming after him."

The president is "an expert concern troll. He had that very serious concerned look on his face about the rules of the debate and whether someone could stand on a box. It was an elaborate wrap-around short joke and essentially I think President Trump go for that over and over because that's what President Trump does, call people little and pencil-neck and the like. He goes after people's looks."

When it came to the tit-for-tat, Swerdlick explained that Bloomberg's team is opening up a huge can of worms by playing in the fight against Trump's middle-school taunts.

"In terms of Bloomberg's response or his campaign's response, I think it's a double-edged sword," he explained. "On the one hand, it's not always the best strategy to take the 'when we go low they go high approach.' A colleague of ours said, and I agree with this, sometimes you don't have to be nice. Sometimes people just need to get fussed out and I think that's the approach Mayor Bloomberg's campaign is taking. The danger for them is that no one is better at the insult game than President Trump. So, if they want to go deeper into this, they should study the game film from 2016 and realize that if you're going to get into an insult match with President Trump you better be prepared."

Wee the full panel below: