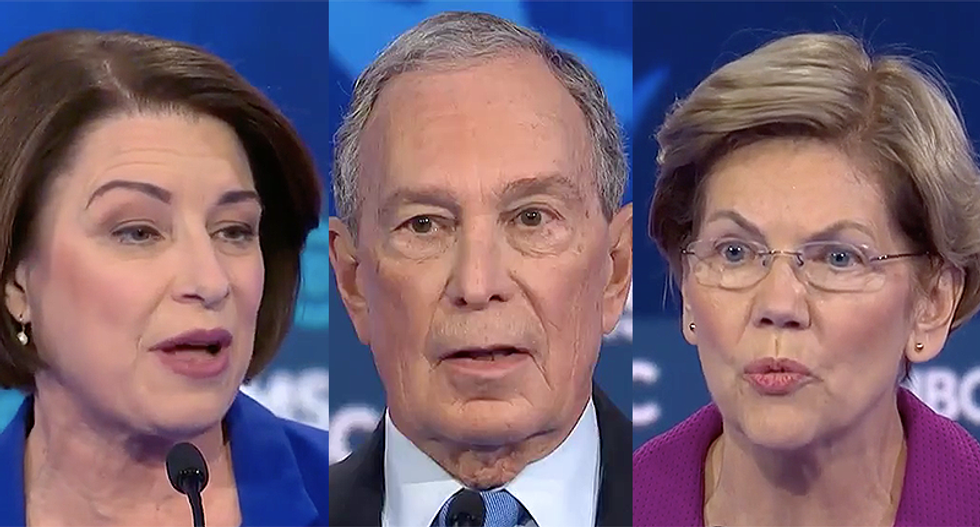 Former New York City Mayor Michael Bloomberg had a target painted on his back for the Democratic debate in Las Vegas Wednesday, and all of the candidates came out swinging.

After an attack by Sen. Bernie Sanders (I-VT), Sen. Elizabeth Warren (D-MA) explained that there's a billionaire in the race who degrades women by calling them "fat broads and horse-faced lesbians," and it wasn't Donald Trump.

"I'm talking about Mayor Bloomberg," she said. "Democrats are not going to win if we have a nominee who has a history of hiding his tax returns, of harassing women. And of supporting racist policies like redlining and stop and frisk. Look, I'll support whoever the Democratic nominee is, but understand this, Democrats take a huge risk if we just substitute one arrogant billionaire for another."

She went on to say that the country has worked for the rich for a long time while leaving everyone behind, and it would simply remain the same with Bloomberg.

She cited a campaign memo where he wanted to get at least three candidates out of the race. She highlighted her own "grit" and said that she has frequently been told to "get out of the way" for a man, and hasn't before and wouldn't do it for Bloomberg.