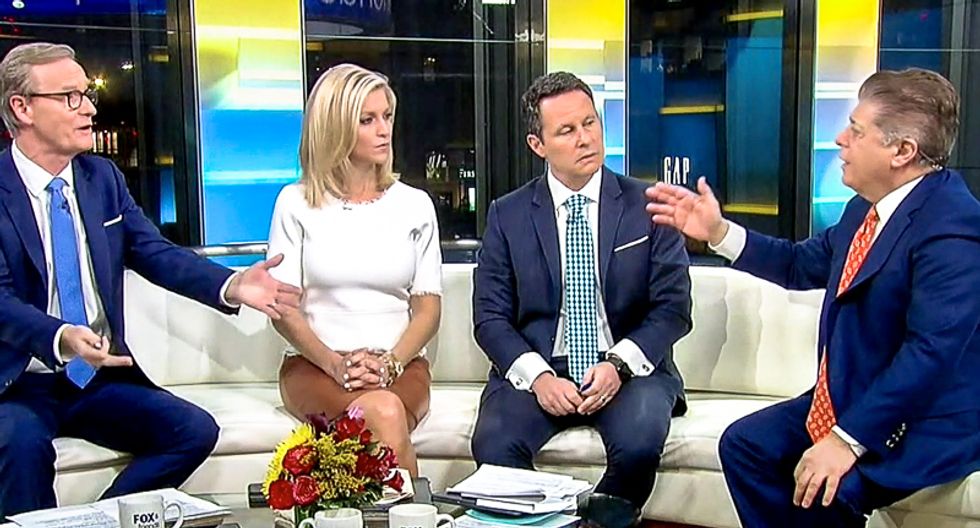 Fox News host Steve Doocy worried on Thursday that Democrats will launch another impeachment effort against President Donald Trump over allegations that he improperly interfered in the sentencing of Roger Stone.

During a segment about the Stone controversy on Fox & Friends, Fox News senior judicial analyst Andrew Napolitano vowed to be impartial after revealing that he has known Stone for 40 years.

According to Napolitano, Stone is "entitled to a new trial" because one of the jurors was found to have posted negative remarks about Trump on social media.

On Wednesday, Judge Amy Berman Jackson reportedly declined a motion Stone's attorney's had made asking for a new trial.

But Napolitano argued that Stone's initial recommended sentence of nine years was inappropriate for the crime of lying to Congress and intimidating a witness.

He also insisted that the Democrats have no basis to hold hearings about Stone's sentencing because the president is "entitled to express an opinion."

"You know, it was a phone conversation that got the president into trouble with the Democrats," Doocy observed. "So, if he picks up the phone and says, 'Hey [Attorney General William Barr], what are they doing over there?' -- somebody's going to be in the room, they're going to leak that."

The Fox News host continued: "The next thing you know there's going to be another impeachment!"

"The Democrats will impeach him for anything they can," Napolitano agreed.

"There going to try on this," Doocy complained.