'These people are the destruction of America': Conservative host ripped for attack on Korean Oscar winner Bong Joon-ho 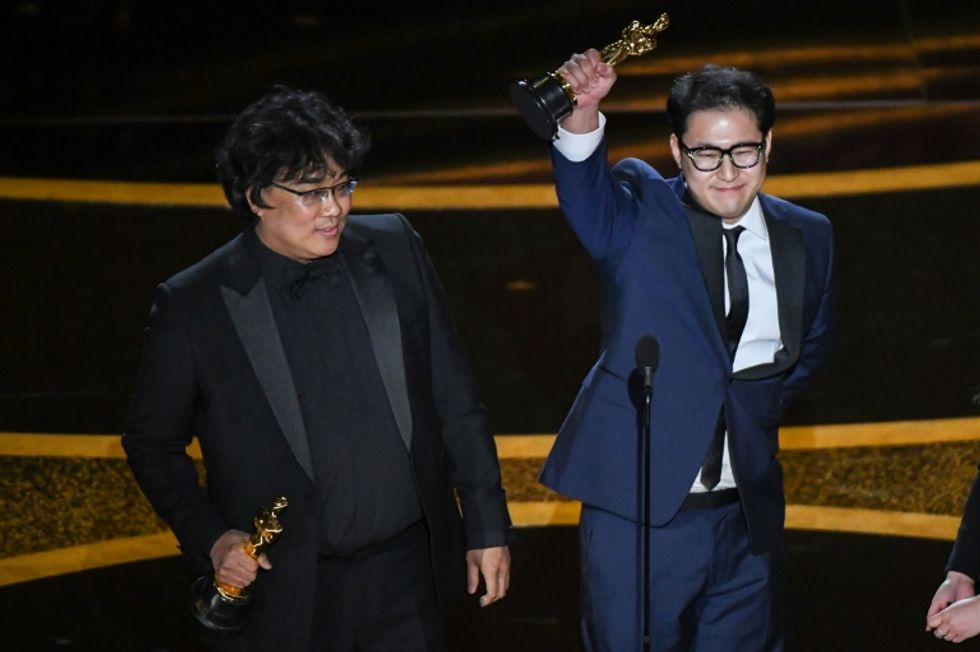 BlazeTV host Jon Miller took to Twitter after Korean director and screenwriter Bong Joon-ho won the Oscar for best screenplay for "Parasite" to complain about him not speaking English.

"A man named Bong Joon Ho wins #Oscar for best original screenplay over Once Upon a Time in Hollywood and 1917," wrote Miller. "Acceptance speech was: 'GREAT HONOR. THANK YOU.' Then he proceeds to give the rest of his speech in Korean. These people are the destruction of America."

Twitter users quickly went after the triggered conservative, calling out the racist attacks.

When the "Parasite" creator won for best director, writer Yashar Ali asked if Miller was going to make it through.

When "Parasite" won the Academy Award for Best Picture, making history as the first non-English speaking film to win the high honor, all Miller could do is laugh.

You can see the comments below:

@MillerStream Do they pay you for these dumb takes or is this something you do for fun
— John Legend (@John Legend)1581301978.0

Uh oh. 1917 just won for Sound Mixing and the winner are speaking with a BRITISH ACCENT!!! @MillerStream is about… https://t.co/cknATkzDrn
— Sleeping Giants (@Sleeping Giants)1581302558.0