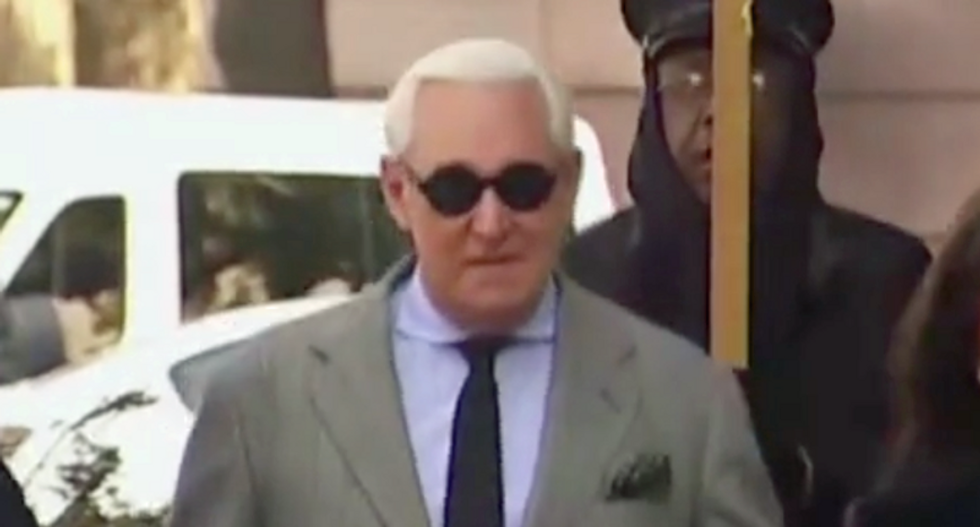 Roger Stone, the right-wing dirty trickster and staunch ally of President Donald Trump, faced a tough crowd as he headed to court to receive his prison sentence.

As Stone walked to the courthouse on Thursday morning, some hecklers could be heard calling him a "traitor" for his attempts to work with WikiLeaks on releasing Hillary Clinton campaign emails stolen by Russian government hackers during the 2016 presidential campaign.

The United States Department of Justice initially recommended that Stone receive between seven to nine years in prison, although Attorney General Bill Barr infamously intervened to lower the sentencing guidelines as Trump publicly attacked the DOJ for wanting to send his ally to prison.