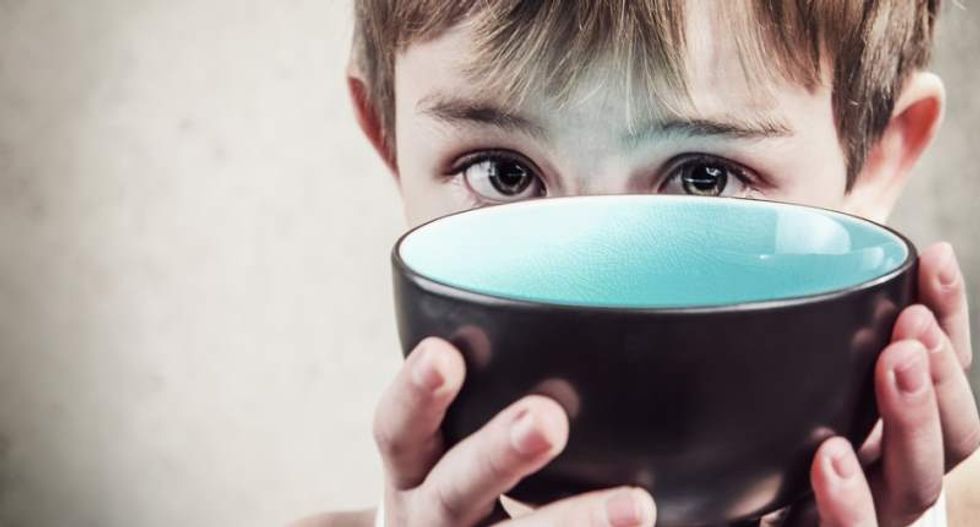 At his State of the Union Address Tuesday night President Donald Trump bragged about having lifted more than 10 million people "off of welfare." That's false – it's not lifting someone off welfare if you just make it harder or impossible for them to access benefits.

Because that's what the Trump administration has been doing for years,

And now they're doing it again, kicking millions off food stamps. Millions, including children and veterans.

According to NBC News a new rule change would "leave more than 3 million people without access to food through SNAP and cause nearly a million children to lose their automatic enrollment in the national school breakfast and lunch programs."

At issue is the way the Trump administration is choosing to interpret the law. It is removing flexibility states have in determining if an individual or a family is eligible for the benefits.

The rule change is expected to take effect soon.