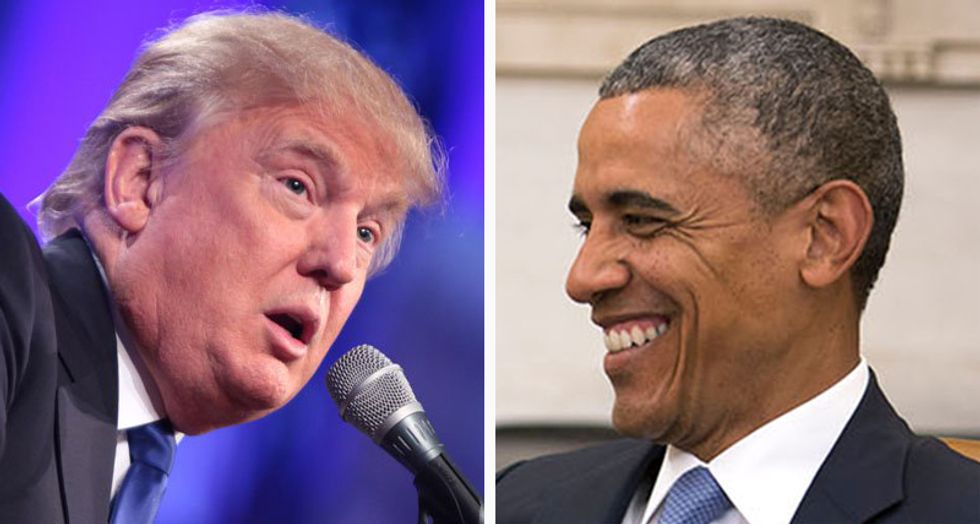 President Donald Trump on Monday lashed out his predecessor as his fixation with the Obama administration continues.

"Did you hear the latest con job?" Trump asked.

"President Obama is now trying to take credit for the Economic Boom taking place under the Trump Administration," Trump claimed.

Trump went on to brag that interest rates were higher during his administration, which is something banks love but which hurts citizens seeking home and auto loans.

"He had the WEAKEST recovery since the Great Depression, despite Zero Fed Rate & MASSIVE quantitative easing. NOW, best jobs numbers.... ....ever. Had to rebuild our military, which was totally depleted. Fed Rate UP, taxes and regulations WAY DOWN," Trump argued.

He then claimed America would be in a recession Hillary Clinton had been elected in 2016.

"If Dems won in 2016, the USA would be in big economic (Depression?) & military trouble right now. THE BEST IS YET TO COME. KEEP AMERICA GREAT!" Trump argued.