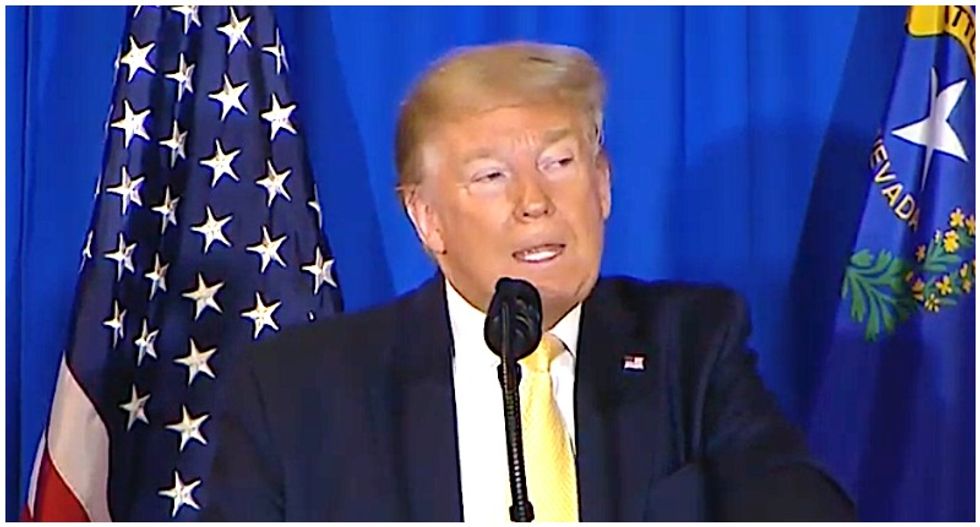 Speaking in Las Vegas this Thursday, President Trump gave his first remarks on the sentencing of longtime confidant Roger Stone, who was given 3.5 years in prison for lying to Congress and witness tampering.

According to Trump, Stone is a "good person" despite being a "little different." He went on to claim that Stone was "never involved" in the 2016 despite some minor consulting work, and accused the forewoman of the jury of being ideologically biased against Stone.

"It's totally tainted when you take a look," Trump said, referring to the forewoman and the jury. 'How can you have a person like this? She was an anti-Trump activist -- can you imagine this?"