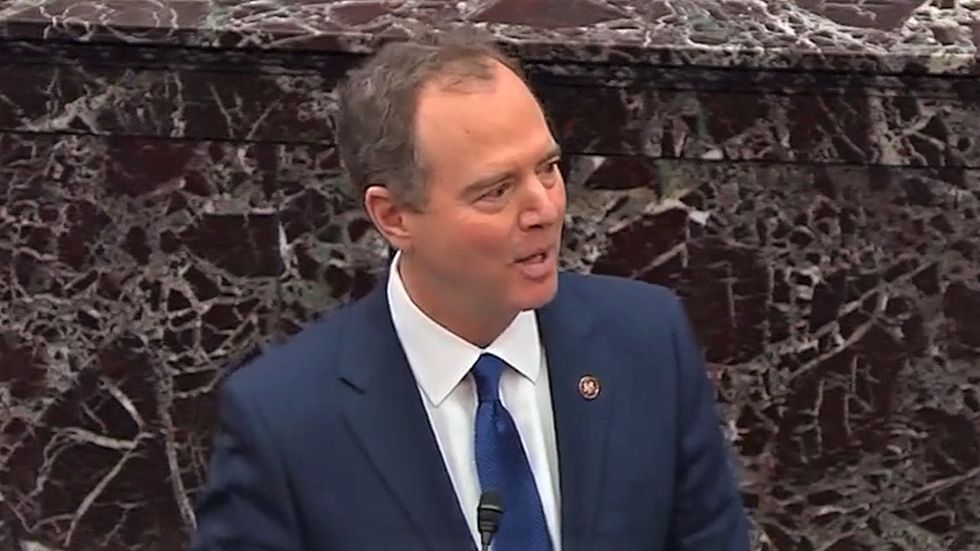 President Donald Trump's impeachment trial resumes for final arguments Monday before an expected acquittal later in the week that Democrats have said will be invalid because no witnesses testified.

The president was impeached in December for abuse of power over pressure on US ally Ukraine to announce investigations that would have helped him politically, including into Joe Biden, a leading challenger for this year's presidential ballot.

Biden is among the candidates Monday in the Iowa caucuses that choose the state's Democratic nominee and mark the official start of election season.

The selection process in largely rural Iowa, coinciding with final impeachment arguments in Washington, will be closely watched as a sign as to which of 11 Democratic candidates are gaining early momentum to challenge Trump in November's election.

At only the third impeachment trial of a US president, Trump is all but assured of being acquitted Wednesday, the day after his annual "State of the Union" speech, which the president said will carry a "very, very positive message."

Republicans hold 53 seats in the Senate to 47 for the Democrats, but a two-thirds majority, or 67 senators, is needed to remove him from office.

Adam Schiff, the leader of the House prosecutors, known as impeachment managers, told CBS on Sunday that it was "pretty remarkable" that senators on both sides had acknowledged that Democrats proved their case against the president.

"But I'm not letting the senators off the hook. We're still going to go into the Senate this week and make the case why this president needs to be removed. It will be up to the senators to make that final judgment, and the senators will be held accountable for it."

Alexander, of Tennessee, suggested Trump had been naive in asking a foreign ally to look into Biden and his son Hunter's business dealings in Ukraine, which Republicans have claimed without evidence were corrupt.

But he added: "The bottom line: it's not an excuse. He shouldn't have done it."

Ernst said it was "up to the American people" to decide on Trump's behavior, adding that she would vote Wednesday to acquit the president.

"I think generally speaking, going after corruption is the right thing to do, but he did it in the wrong manner... I think that he could have done it in different channels," she told CNN.

Trump is also accused of obstruction of Congress for ordering officials not to comply with subpoenas for documents and testimony as part of the impeachment inquiry.

On Friday, just two Republicans -- Mitt Romney of Utah and Susan Collins of Maine -- joined Democrats in voting to introduce witnesses, a practice they said was followed at every other impeachment trial in US history.

A narrow majority of Americans believe Trump abused his power and obstructed Congress by withholding documents and testimony during the impeachment inquiry, according to a new NBC/WSJ poll.

But they remain divided on whether he should be kicked from office, with 46 percent hoping to see him removed and 49 percent saying he should keep his job.

Democrats had been eager to hear from Trump's former national security advisor John Bolton, acting White House chief of staff Mick Mulvaney and other key administration figures caught up in the scandal.

Bolton reportedly says in a forthcoming book that Trump told him military aid to Ukraine was tied to Kiev's investigating Biden -- corroborating the central claim against the president.

After the failure to call witnesses, Senate Democratic leader Chuck Schumer said the chamber "did not live up to its responsibilities, turned away from truth and instead went along with a sham trial."

Four contenders for the Democratic nomination -- Senators Bernie Sanders, Elizabeth Warren, Amy Klobuchar and Michael Bennet -- are required to be back in Washington Monday at the impeachment trial even as the Iowa caucuses take place.

"The Senate is the jury today but we are the jury tomorrow," Pete Buttigieg, who is running third in Iowa, told CNN.

"And we get to send a message at the ballot box that cheating, lying, involving a foreign country in our own domestic politics, not to mention abuse of power more broadly and bad administration, that that's not okay, that we can do better," he said.

Trump, though, on Sunday complained again, in a Fox News interview that he has been treated unfairly "from the day I won."