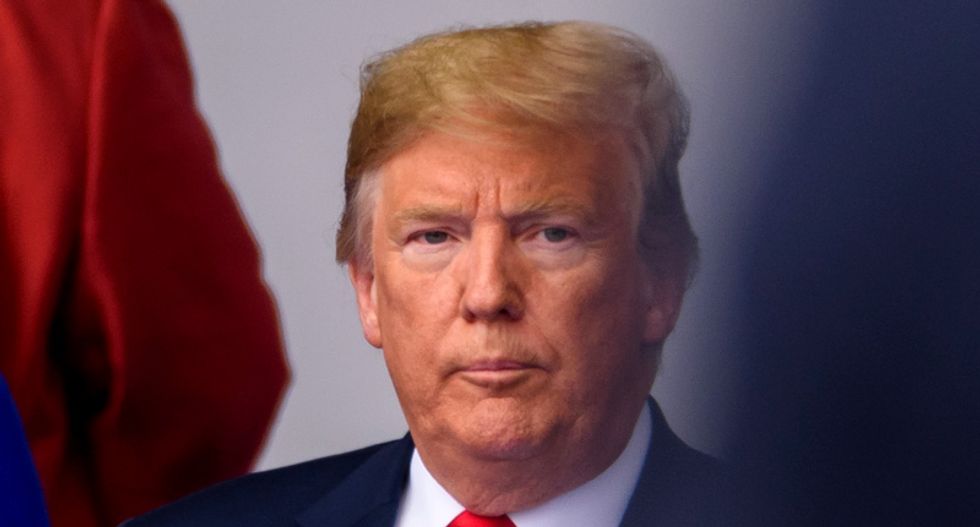 "Because if we have to prevent the spread of an infectious disease, we might as well take the opportunity to make some poor families freeze."

Critics are denouncing it as an unconscionable attack on the nation's poor after reporting revealed President Donald Trump has floated plans to shift $37 million away from a federal program that provides heating assistance for low-income families to help fund the White House's response to the growing coronavirus threat.

The Washington Post's Greg Sargent and Paul Waldman reported Tuesday that the White House informed congressional Democrats that it wants to transfer "$37 million to emergency funding for the coronavirus response from the Low Income Home Energy Assistance Program, or LIHEAP, which funds heating for poor families."

"After dithering for weeks as the coronavirus spread, the Trump administration has now decided to pay for its belated response by cutting funding for heating assistance for low-income families."

"Because if we have to prevent the spread of an infectious disease, we might as well take the opportunity to make some poor families freeze," Waldman tweeted, deriding the administration's proposal.

House Democrats, according to the Post, view the LIHEAP cut as a non-starter that could further delay the federal government's response to the coronavirus outbreak. Officials from the Centers for Disease Control and Prevention warned Tuesday that the virus could spread rapidly across the U.S. and urged Americans to prepare for "significant disruption in their daily lives."

"After dithering for weeks as the coronavirus spread around the world, the Trump administration has now decided to pay for its belated response by cutting funding for heating assistance for low-income families," Evan Hollander, a spokesman for House Appropriations Committee Democrats, told the Post.

"House Democrats won't allow the president to shut off families' heat in the middle of winter," added Hollander. "We will craft an emergency supplemental that treats this pandemic seriously and provides robust funding without stealing from other important priorities."

Democratic leaders slammed the request as woefully inadequate and said Trump is at least partially to blame for the federal government's lack of preparedness and slow response to the deadly virus.

"For almost two years, the Trump administration has left critical positions in charge of managing pandemics at the National Security Council and the Department of Homeland Security vacant," House Speaker Nancy Pelosi (D-Calif.) said in a statement late Monday. "His most recent budget called for slashing funding for the Centers for Disease Control, which is on the frontlines of this emergency."

Meanwhile, Trump and White House officials have publicly downplayed the coronavirus threat and accused the media of intentionally stoking public fears about the outbreak.

"Unfortunately what we are seeing today is a political effort by the Left and some in the media to distract and disturb the American people with fearful rhetoric and palace intrigue," White House spokesman Judd Deere said in a statement Wednesday.

Trump alleged in a tweet Wednesday morning that MSNBC and CNN "are doing everything possible to make the Caronavirus [sic] look as bad as possible, including panicking markets, if possible." The president announced he will be holding a news conference on the coronavirus with CDC officials Wednesday evening.

The Post reported that Democratic and Republican congressional leaders met Wednesday to "begin designing a large emergency spending package for dealing with the coronavirus outbreak." Senate Minority Leader Chuck Schumer (D-N.Y.) on Wednesday unveiled a plan calling for $8.5 billion in new funding to fight the coronavirus.

"This proposal brings desperately-needed resources to the global fight against coronavirus," Schumer said in a statement. "Americans need to know that their government is prepared to handle the situation before coronavirus spreads to our communities. I urge the Congress to move quickly on this proposal. Time is of the essence."