Trump threatens federal government takeover of San Francisco: 'It's worse than a slum' 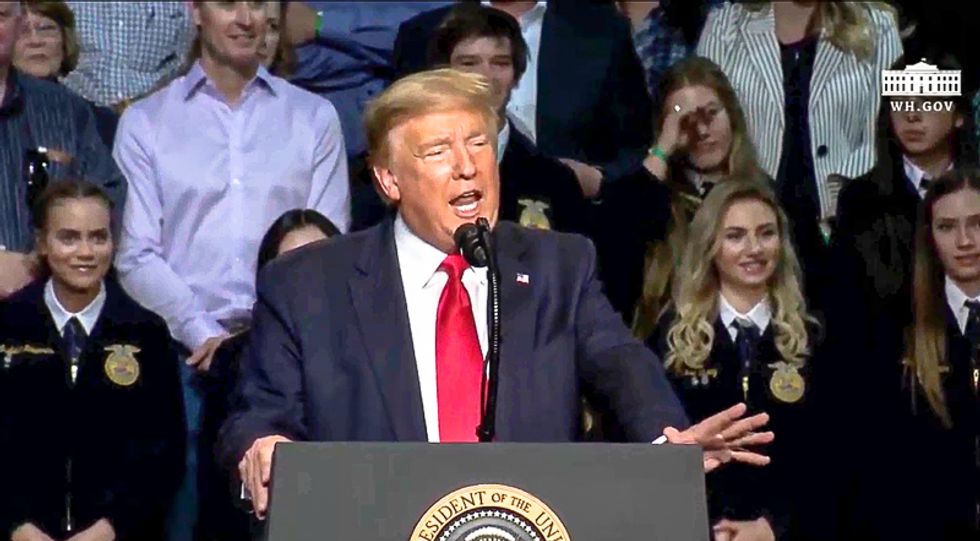 President Donald Trump said on Wednesday that the federal government may "step in" to take control of San Francisco and Los Angeles.

The president made the remarks at a White House event in Bakersfield, California. During the event, Trump responded to someone who said he wanted to "get rid" of House Speaker Nancy Pelosi.

"Get rid of Pelosi! That's okay with me!" Trump exclaimed. "Lot of people agree. Look what's happened to San Francisco. So sad what's happened, when you see a slum, where it's a slum. It's worse than a slum. There's no slum like that."

"It's something that we're going to do something about," he added. "Because if they don't fix it up, clean it up, take care of the homeless, do what they have to do but clean up their city, the federal government is going to have to step in. And we're going to do it in Los Angeles and San Francisco."