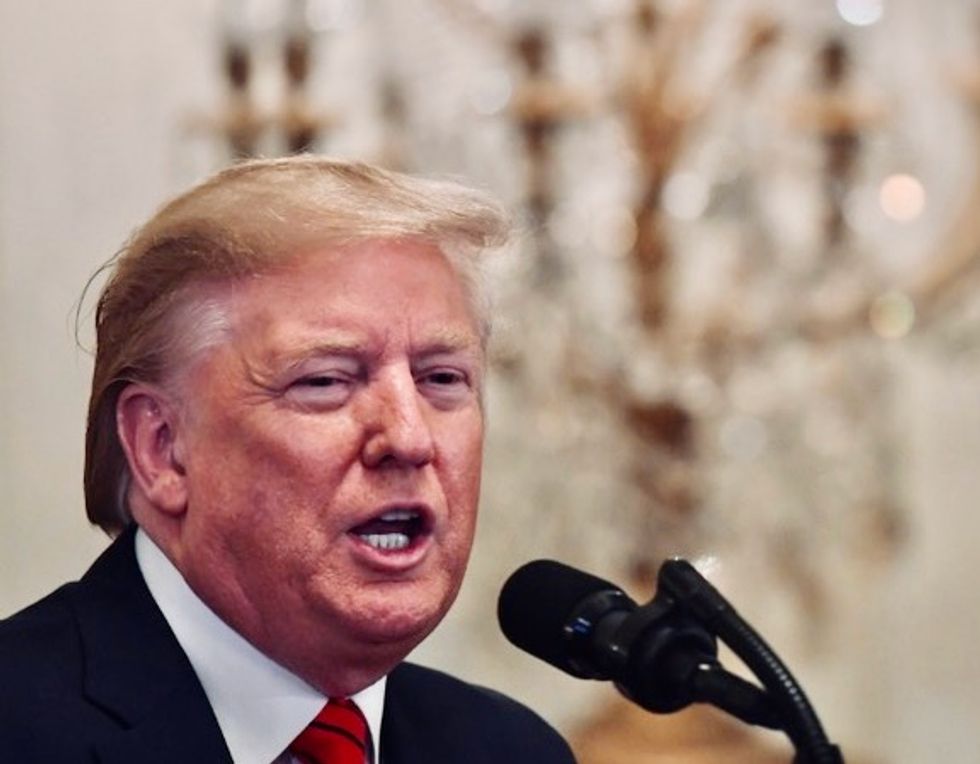 With a one-week ceasefire set as a condition for the pact holding firm, Trump said that there is now a possibility of ending the nearly two-decade war in Afghanistan.

He announced he was sending Secretary of State Mike Pompeo to witness the signing of the treaty, and that Defense Secretary Mark Esper would separately issue a joint declaration with the Kabul government.

The commitments to be made in the Taliban agreement and the joint declaration are an "important step to a lasting peace" that could free Afghans from the threat of Al Qaeda and the Islamic State group, Trump said in a statement.

"If the Taliban and the government of Afghanistan live up to these commitments, we will have a powerful path forward to end the war in Afghanistan and bring our troops home," he said.

Nevertheless, he added, "Ultimately it will be up to the people of Afghanistan to work out their future."

"We, therefore, urge the Afghan people to seize this opportunity for peace and a new future for their country."

AFP / Noorullah SHIRZADA Afghans release balloons and pigeons in Jalalabad as they celebrate the reduction of violence in the country, ahead of a peace deal between the United States and the Taliban

The accord to be inked Saturday would see thousands of American troops quit Afghanistan after more than 18 years, in return for various security commitments from the Taliban and a pledge to hold talks with the government in Kabul.

In Jalalabad, people danced and released balloons and pigeons Friday to celebrate the sharp fall in violence.

Earlier in the week General Austin Scott Miller, commander of US and NATO forces in Afghanistan, and Afghanistan's acting Defense Minister Asadullah Khalid strolled the streets of Kabul and took selfies with citizens in a demonstration of their confidence in the ceasefire.

More than 100,000 Afghans, Americans and others have died in the conflict, which began after Al-Qaeda, operating with the protection of the then-Taliban government, plotted the September 11, 2001 attacks on New York and Washington from Afghanistan.

The conflict has cost the US government more than $1 trillion in military and rebuilding costs since the US-led invasion of 2001.

AFP/File / Noorullah Shirzada Washington has been in talks with the Taliban for more than a year to end a conflict that has killed more than 100,000 and cost the United States more than $1 trillion

The Doha accord comes after more than a year of talks between the Taliban and the US that faltered repeatedly as violence raged.

A week-long truce set as a condition for the peace pact held for a seventh day Friday in Afghanistan, with only minor attacks reported.

While the deal's contents have not been publicly disclosed, it is expected to see the Pentagon begin pulling troops from Afghanistan, where between 12,000-13,000 are currently based.

The US has said an initial drawdown over the coming months would be to about 8,600 -- similar to the troop level President Donald Trump inherited after his 2016 election win.

"When I ran for office, I promised the American people I would begin to bring our troops home, and seek to end this war," the US leader said Friday.

"We are making substantial progress on that promise."

Afghanistan's Ministry of Defence office/AFP / HANDOUT Afghan men take selfies with Commander of US and NATO forces in Afghanistan General Austin Scott Miller (2L), and Afghanistan's acting Defense Minister Asadullah Khalid (2R) as a ceasefire held between US and government forces and the Taliban

Further reductions depend on how well the Taliban honor pledges to start talks with the government of President Ashraf Ghani -- who until now they have dismissed as a US-backed puppet -- and seek a comprehensive "intra-Afghan" ceasefire and peace deal.

Afghan officials will be conspicuously absent from Saturday's signing ceremony in Doha, but a government delegation will be there to make "initial contacts" with the insurgents.

Earlier Friday Pompeo warned in a hearing in Congress that Iran, historically an opponent of the Taliban, could seek to undermine the agreement, though he offered no evidence of any such activities.

"We've seen just these last six days a significant reduction in violence in Afghanistan and we are watching closely to see if the Islamic Republic of Iran begins to take even more active measures that undermine our efforts at peace and reconciliation," he said.