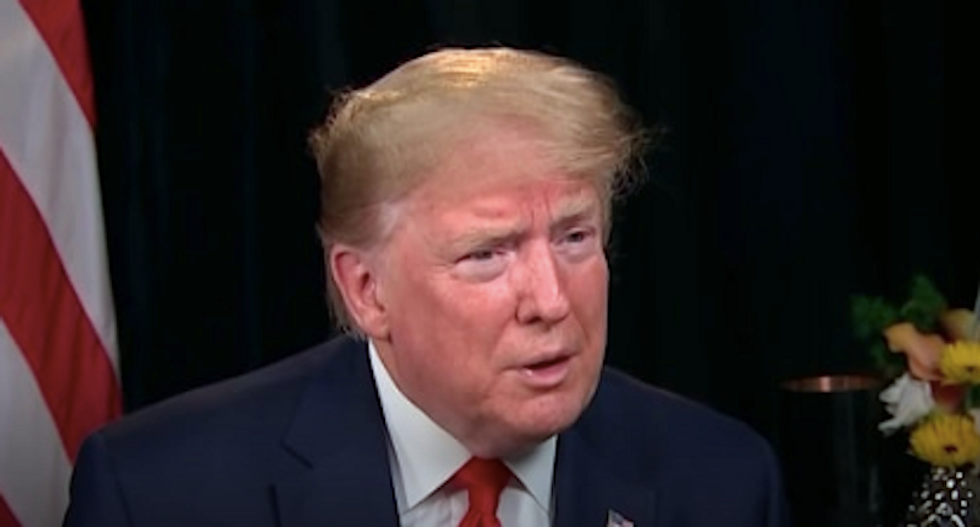 "If Trump had wanted to help the middle-class, he would have done so already," said Tax March executive director Maura Quint.

The Tax March movement responded critically on Friday after National Economic Council Director Larry Kudlow revealed that President Donald Trump has instructed him to unveil the second round of what opponents call the GOP "tax scam" ahead of the presidential election in November.

"Announcing an ambiguous set of so-called middle-class tax cuts just ahead of the November election is yet another political ploy."

"Announcing an ambiguous set of so-called middle-class tax cuts just ahead of the November election is yet another political ploy," Tax March executive director Maura Quint declared in a statement.

"We know the truth: the first punch of the Trump tax scam brought higher taxes on working people to pay for the massive giveaways to billionaires and corporations," she said. "And now, to top it all off, Trump is trying to land a second punch to our pocketbooks. The only promise Trump is fulfilling with this second round of tax cuts is his commitment to enrich the rich at the expense of working people."

When Trump signed the Tax Cuts and Jobs Act (TCJA) into law in December 2017, he told reporters at the White House that "corporations are literally going wild over this, I think even beyond my expectations," shortly after touting the legislation as "a bill for the middle class."

The TCJA slashed the corporate tax rate from 35% to 21% and included various other permanent benefits for companies and wealthy Americans. Although the legislation also included tax cuts for families and individuals, those benefits are set to expire after 2025. "And once the individual tax rates revert to their former levels, a stingier inflation gauge would raise taxes for most households," CBS News noted in 2017.

Fox Business reported Friday that the next round of the administration's tax agenda is "a middle-class tax cut plan," and that Kudlow said the president recently told him to "get it out by September," just two months before Trump will face off with the Democratic Party's presidential nominee.

According to Fox Business:

The administration, he said, will likely use the Office of Management and Budget Director Russell Vought's $1.4 trillion budget request to craft the package and make tax cuts permanent.

Kudlow said the administration plans to give the middle class a 10% tax cut in addition to strengthening and making permanent "some of the other tax cuts."

Chye-Ching Huang, senior director of economic policy at the Center on Budget and Policy Priorities, tweeted Friday that reporting on Kudlow's comments was "yet another occasion for a reminder that the 2017 tax law was costly, tilted to the top, and invites tax gaming by the wealthy."

Tax March's Quint said Friday that "if Trump had wanted to help the middle-class, he would have done so already. Instead, he continues to push tax giveaways to the wealthy and major corporations while also proposing massive cuts to services that everyday Americans pay into and depend upon."

As Common Dreams reported Monday, just two days after promising that the White House "will not be touching your Social Security or Medicare," Trump unveiled a budget blueprint for 2021 that calls for doing exactly that. Critics condemend the president's proposal to cut hundreds of billions of dollars from those and other programs as "savage" and "shameful."

In a floor speech this week, Sen. Sherrod Brown (D-Ohio) tied Trump's proposed safety net cuts to the administration's "tax scam" for corporations and the wealthy.

President Trump’s budget is his blueprint for how he wants to pay for his #GOPTaxScam - cutting Medicare, Medicaid,… https://t.co/oNOKH9GESg
— Sherrod Brown (@Sherrod Brown)1581444827.0