Trump’s presidency is 'a battle between teleprompter Trump and Twitter Trump': op-ed 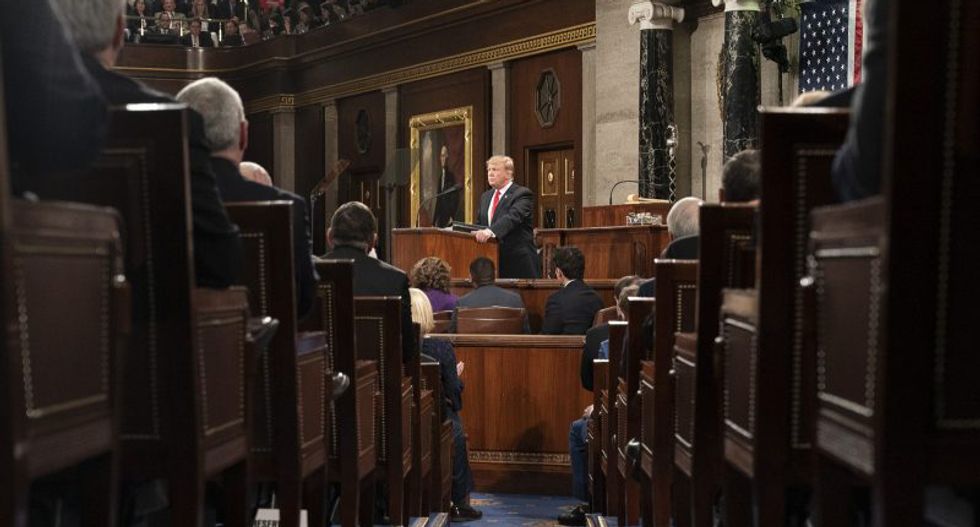 In an op-ed for the Washington Post this Wednesday, Henry Olsen argues that while President Trump's State of the Union address this Tuesday may have seemed markedly toned down from his usual rhetoric, people should remember that there are two Trumps: the teleprompter version and the Twitter version.

"Teleprompter Trump reads words others have written for him," Olsen writes. "Whether in formal speeches to foreign dignitaries or in domestic settings such as the State of the Union address, speeches Trump reads off a teleprompter are invariably positive and uplifting. They tend to laud freedom and democracy, like his 2017 speech in Warsaw. They are not Reaganesque in their rhetoric or grandeur, but they often try to strike some of the same themes. Teleprompter Trump’s speeches usually get good reviews from the press."

But when it comes to Twitter Trump, it's an entirely different story.

"He belittles his adversaries with childish nicknames like 'Lyin’ Ted' or 'Shifty Schiff,'" writes Olsen. "His tweets preen with self-righteousness and drip with bitter scorn. Many Republicans preface their support for him by saying 'I wish he’d tweet less.' There’s a reason for that: Twitter Trump is not someone you can feel proud of."

The overall success of Tuesday night's SOTU speech is a signal that it's Trump's last chance to "pivot away from his darker persona," according to Olsen.

"More heartwarming moments like the one where he brought home a soldier who had been separated from his family because of repeated deployments to Afghanistan. Less telling the Squad to “go back” to countries they hadn’t emigrated from."