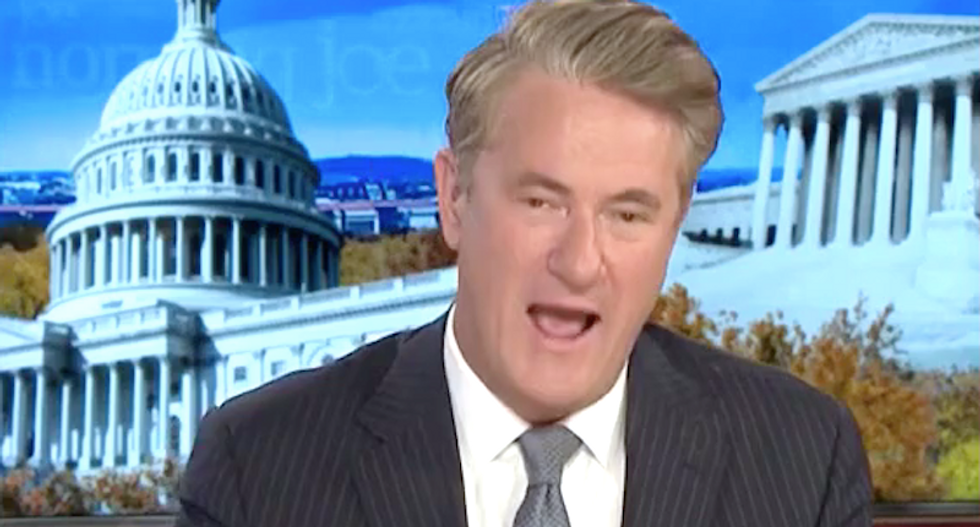 “Kaepernick did not mock the national anthem,” Sharpton noted, saying Trump’s fidgeting and waving his arms in the air as if it was playing just for him to conduct, was “a mockery.”

“I think it was unpatriotic for the President of the United States to act like this was some composition that he could exploit,” Sharpton told the “Morning Joe” panel Tuesday morning, adding that it “shows the ultimate hypocrisy.”

“It’s disgraceful,” Mika Brzezinski added. “Any Republican Senators who need any more evidence about this president needs to look at this video.”

Trump indeed was caught on camera during a Mar-a-Lago Super Bowl party, which cost taxpayers $3.4 million. The national anthem video was posted to the Instagram account of a real estate agent for a Russian-American firm. That agent is reportedly known to regularly spend time at Mar-a-Lago and other Trump properties, as the Miami Herald reported.