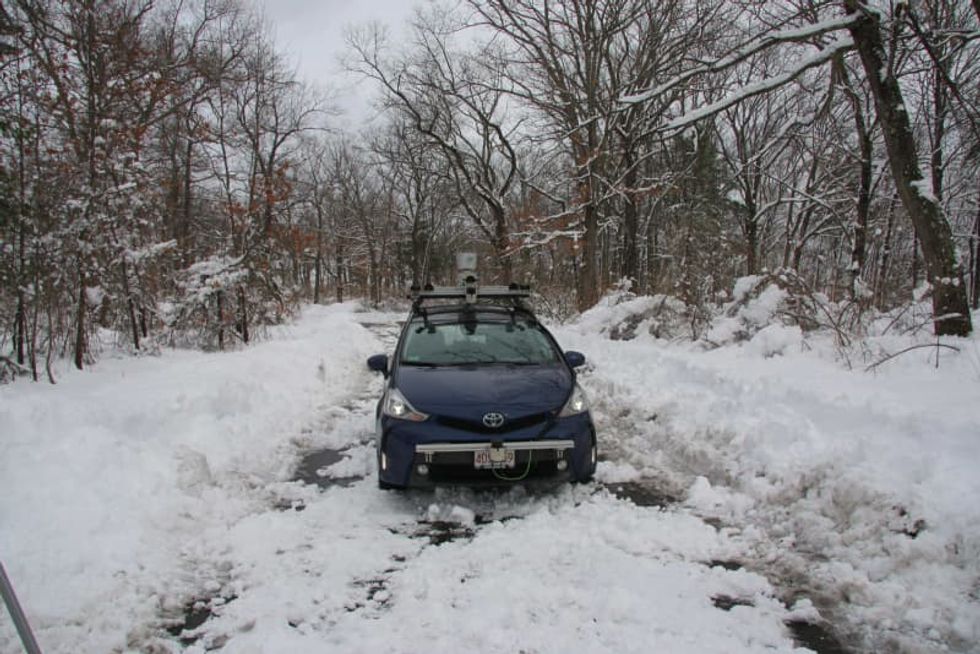 Autonomous cars may seem cool, but when the temperatures really drop they can start to suffer.Although these self-driving vehicles may currently struggle under snowy conditions, a team at MIT’s Computer Science and Artificial Intelligence Lab may have the answer. They employed a "ground-penetrating radar," or a GPR, to look under the car while it's driving. This is the first time an autonomous car has employed the sensor, usually used on situations like detecting landmines and exploring the moon. The research, announced Monday, is set to be published in the journal IEEE Robotics and Automation...