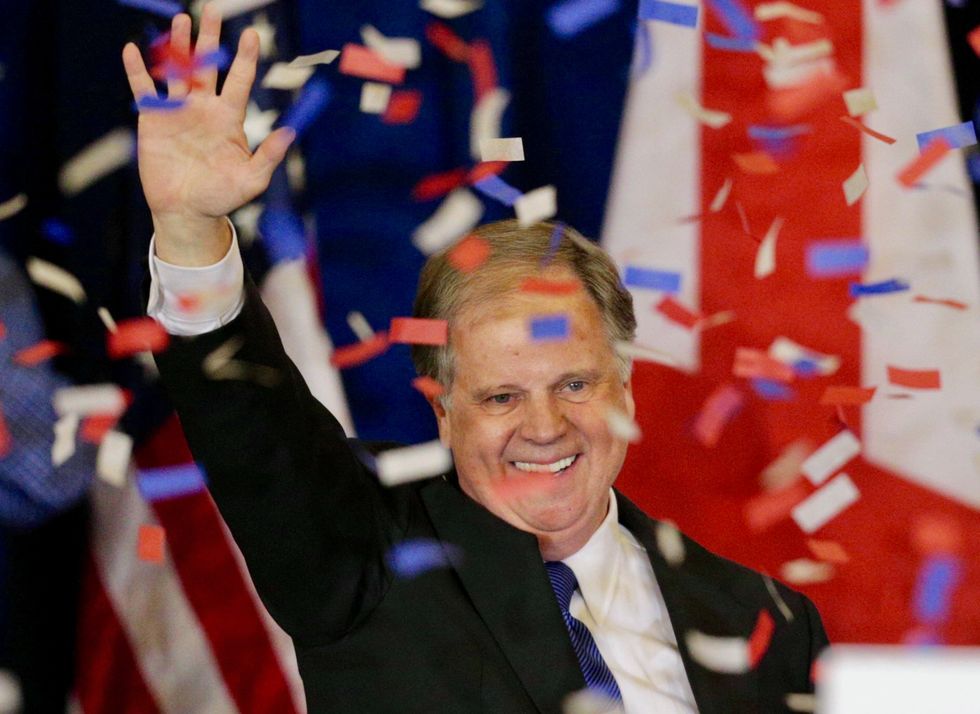 Senator Doug Jones of Alabama, possibly the most vulnerable Democrat in the U.S. Senate, is being hailed as a hero after announcing he will vote to convict President Donald Trump for high crimes and misdemeanors on Wednesday afternoon as the impeachment trial comes to a close.

Given the current political climate, and that it's Alabama, Jones' decision to vote against Trump very well may cost him his seat.

“After many sleepless nights, I have reluctantly concluded that the evidence is sufficient to convict the President for both abuse of power and obstruction of Congress,” Sen. Jones said.

Jones, a former U.S. Attorney, is up for re-election this year. He has been targeted by President Trump, and the GOP thinks it's a seat they can take back. Running against Roy Moore in a 2017 special election Jones won the seat vacated when then-Senator Jeff Sessions resigned to become Trump's attorney general. Sessions and Moore are both running for the Republican nomination this year, along with about five other candidates.

Here's what many are saying:

Good for Doug Jones. History will remember him kindly. He disposed of Roy Moore, and stood up to Trump's wrongdoing… https://t.co/2kBojhiqiO
— David Jolly (@David Jolly)1580918296.0

Doug Jones prosecuted killers behind 16th Street Baptist Church bombing. He knows what it means to be on the right… https://t.co/TSMTyQWR7P
— Ari Berman (@Ari Berman)1580918649.0

Hey America. Let it be known that @DougJones is a patriot on the right side of history. He took this process serio… https://t.co/JOcyYocn0s
— Nick Knudsen 🇺🇸 (@Nick Knudsen 🇺🇸)1580918670.0