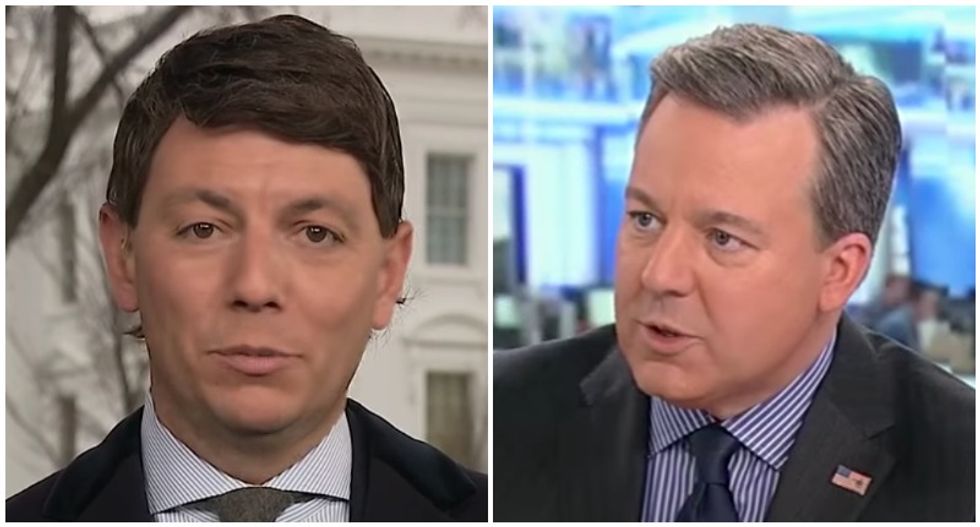 During an appearance on Fox News this Wednesday, White House deputy press secretary Hogan Gidley addressed reports of tension between President Trump and Attorney General Bill Barr over comments Barr made suggesting that he's fed up with Trump's tweeting. According to Gidley, the relationship between the two is strong.

Gidley was then pressed by America's Newsroom anchor Ed Henry on reports that Barr is considering resigning over Trump's tweets about the Roger Stone case.

“They have a good working relationship. He expects Attorney General Barr to execute justice in all matters. He knows he’s doing that,” Gidley said.

“The attorney general between these private signals and the leaks and, more importantly, his public comments last week to ABC News, has said, ‘Look, this is making my job difficult. Don’t tweet about these difficult matters.’" Henry said. “The president seems to be ignoring that. Why?”

According to Gidley, that's not true.

“We don’t have to wonder what’s going on in private, we’ve seen this play out in public,” Gidley said.

“What you’re saying is the president’s attorney general has said publicly and privately 'I don’t want to see these tweets' and you’re saying the president got the final word and is going to ignore the man he nominated?” Henry pressed.

“I’m not saying that the president is ignoring the attorney general," Gidley replied. "What I’m saying, though, is the president has the right to defend himself, just like any other American citizen. He’s done it before and he’ll do it again.”

Watch the full segment below, via Fox News: