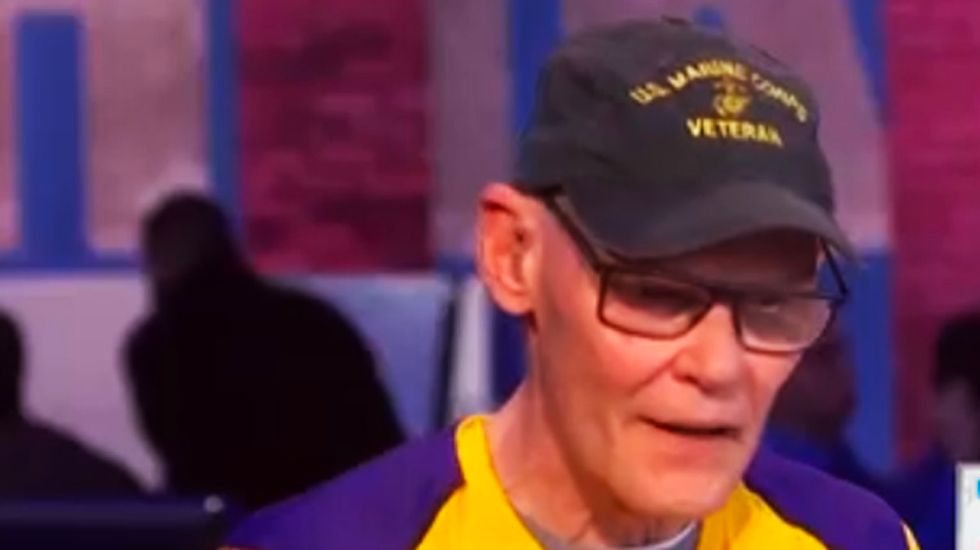 On an MSNBC panel on Saturday, legendary Bill Clinton strategist James Carville laid down why the emerging media consensus that President Donald Trump is a lock for a second term is wrong — and how to beat him.

He began by dismissing the significance of the recent Gallup poll showing Trump at 49 percent approval.

"Yeah, yeah, come on. Let's start from the beginning here," said Carville. "All right, let's have the election before we announce the results. That's always a good idea. Number two, you can go through any — and you got — one poll outside — if you look at the polling average, it's not that great. 55 percent of the people in this country don't want Donald Trump to be president. It is up to the Democratic Party to provide that nominee that fills in that 55 percent."

Carville noted that, regardless of the nominee, Democrats need to spend less time attacking Trump's character and his ego, and more time going after the horrific things he's actually doing as president.

"The Republicans laugh at us because they ran through every issue that people don't like, from giving tax breaks to rich people to ignoring climate. He went to Davos, Donald Trump went to Davos and said he wanted to cut Medicare, and where's the discussion about this? But all I hear from — 'oh, he's so powerful.' Why don't we go out there? Why don't they cover that he went to Davos to talk to all of these global elites and after he gave them all trillion dollars tax cuts, he said I'm going to get the money by cutting Medicare for people back in the United States. And the Democratic Party is too stupid to say anything about it, and the press is so worried about the horse race that they don't even report it."

Crystal Deck knew right away her friend Anthony Q. Warner had set off the explosion that rocked downtown Nashville on Christmas morning.

The 44-year-old Deck had met Warner, who was 63 when he died in the blast he set off, in late 2019 at the South Nashville Waffle House where she worked, and she found him to be a complicated person who spent hours chasing down internet conspiracy theories but was also personally kind and generous, reported the New York Times.

A CNN panel on Wednesday raked Sen. Ron Johnson (R-WI) over the coals for his unhinged rants this week about the January 6th riots at the United States Capitol building.

Johnson on Tuesday falsely claimed during a Senate hearing on Tuesday that the pro-Trump demonstrators were "positive and festive" on the day of the riots, despite the fact that they erected a gallows outside the Capitol building and chanted, "Hang Mike Pence!"

Hillary Clinton, the former secretary of state who ran against Donald Trump for president in 2016, is to publish a suspense thriller with Canadian author Louise Penny in October, publishers Simon & Schuster and St. Martin's Press said Tuesday.

"State of Terror" will be on bookshelves on October 12, the publishers said, and will tell the story of a novice secretary of state serving in the administration of her political rival as a "series of terrorist attacks throws the global order into disarray."