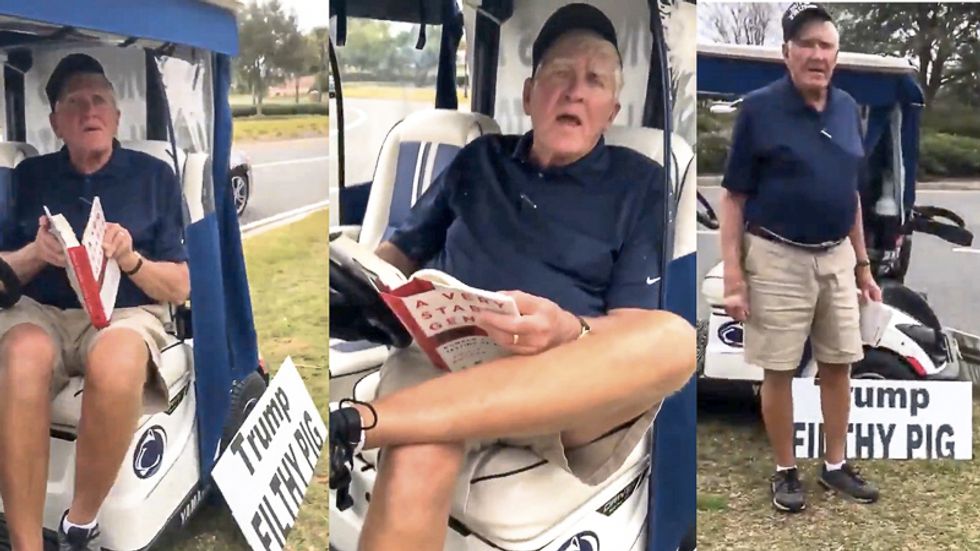 A supporter of President Donald Trump approached a protester sitting along the highway with signs reading "Trump is a sexual predator."

Filming the encounter, she asked the elderly man why he thinks Trump is a predator.

"Do you know what a predator is?" the woman asked.

A sexual predator is generally regarded as a person who wants to engage in sexual contact with another person in a "predatory" or abusive way.

The man explained that Trump has already admitted it on video.

"When he said he likes to grab women by the p*ssy," the man replied, standing up from his golf cart he was sitting in.

"Oh, oh, oh," the woman said. When the man stood up, it meant he was closer to the woman, which scared her and she told him to get out of her face.

It devolved into arguments after the woman dismissed the idea that Trump was a predator for wanting to grab women.