WATCH: White CEO hurls racial slurs at black Uber driver after he asks him to sit in the back seat 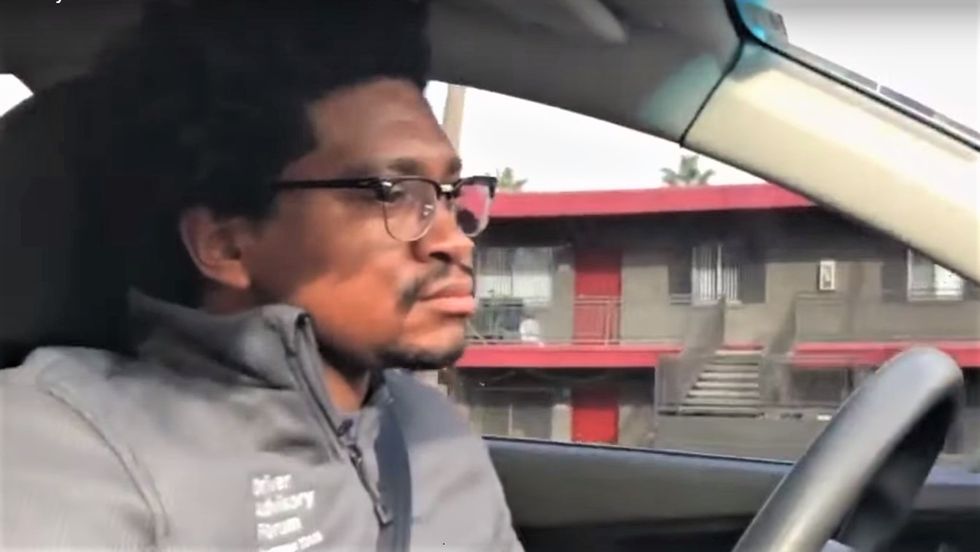 Hans Berglund, the founder and CEO of organic fertilizer company AgroPlasma, was caught on camera recently calling a black Uber driver the N-word after the driver asked him to sit in the back seat of his car.

Local news station ABC 15 reports that Berglund was captured on video hurling racial epithets at Randy Clarke, a driver who regularly asks his passengers to sit in back after a drunken passenger sexually assaulted him in 2018.

The video shows that Clarke started by politely asking Berglund to sit in the back and pointed to a sign in the car requesting that the front seat only be used when there is a party of three or more people.

Berglund, however, did not take kindly to the request.

"Are you f*cking serious with me?" asked Berglund.

"I don't like when people sit in the front," Clarke replied. "I'll cancel and refund you."

After Berglund continued behaving belligerently, Clarke asked him to leave his vehicle.

"Is it because I'm white and you're a f*cking n*gger?" Berglund said. "You are a f*cking idiot!"

After being contacted by ABC 15, Berglund apologized for his racist tirade.

"I deeply regret and apologize for the hurtful and derogatory language I used during the altercation with Mr. Clarke," he said. "I firmly believe that there is no excuse for the use of racial slurs under any circumstance, so I will not offer any. It is my sincere hope that Mr. Clarke hears and accepts my apology and believes me when I say it is honest and heartfelt."