‘We must exorcise the demon’: Longtime GOP strategist publishes a devastating column as he registers as a Democrat 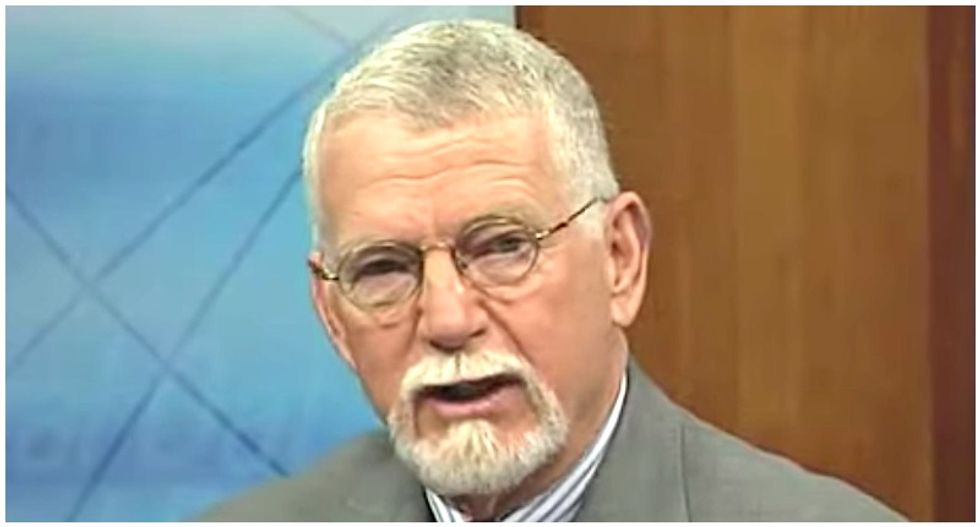 In an op-ed for the Tampa Bay Times this Friday, longtime Republican strategist Mac Stipanovich reveals that he has registered as a Democrat in the run up to the Florida presidential primary.

"I and a number of other long-time Republicans have re-registered so we can vote for the candidate closest to the center with the best chance of winning the Democratic nomination and defeating Donald Trump in November," Stipanovich writes. "Hopefully, that choice will be clearer after Super Tuesday, but it looks like Joe Biden or Michael Bloomberg today."

According to Stipanovich, no effort should be spared when it comes to his mission to "exorcise the demon that has possessed the soul of the GOP."

Stipanovich reminisced about the days when GOP candidates actually reflected conservative values. "...fiscal discipline, cultural conservatism, an engaged, forward-leaning foreign policy, free trade, personal accountability, a commitment to the rule of law and the idea of America as a Shining City on the Hill to which the world looks for leadership and where the dreams, energy and genes of immigrants beckoned by that shining light are welcome" -- all things of the past thanks to the "moral rot" that has crept into the GOP thanks to Trump.

Stipanovich admits that there has always been a "seamy underbelly" within the GOP of "paranoiacs, conspiracy theorists, radicals and racists" who historically were not taken very seriously. But thanks to the "pressure cooker of anger, angst and envy" over the last decade, "what had been a fairly small, fairly stable minority in the GOP metastasized."

"And Trump seized the moment," he writes. "In doing so, he did not so much transform the GOP as unmask it. It is no longer Morning in America. The optimism is gone. Damn the future. Let’s go back. Make America Great Again. But great when?"

Read his full op-ed over at the Tampa Bay Times.

'How will the court survive?' Justice Sotomayor nails anti-abortion attorney over 'stench' of politics

Justice Sonia Sotomayor warned on Wednesday that overturning abortion rights would leave a "stench" that might destroy the legitimacy of the U.S. Supreme Court.

The justice made the arguments while grilling Mississippi Solicitor General Scott G. Stewart about the state's 15-week abortion ban in a case known as Dobbs v. Jackson Women's Health Organization.

The last few weeks we have seen the media work itself into something of a frenzy in an attempt to force a "reckoning" on the matter of the Steele Dossier, the opposition research document prepared by former British intelligence agent Christopher Steele about then-candidate Donald Trump. I'm sure I don't need to go into detail about that chapter in the Trump era. You'd have to have been in a coma not to have heard more about it than you ever cared to. Suffice to say that it was the source of the rumor about the infamous "pee tape" which offered many a late night comedian an uproarious punchline.

It's hard to know exactly what precipitated this sudden desire to have the media don a hair shirt over their coverage of the dossier, but it seems to stem from a recent ABC interview with Steele and the recent indictments of a handful of people by Special Prosecutor John Durham for lying to the FBI about it. Durham's inquiry into what Trump called "the oranges of the investigation" has been going on for years now with very little to show for it and according to those who have followed the cases closely, like journalist Marcy Wheeler, there is every reason to believe that the probe will end up being a dud.

Ivanka's financial disclosures reveal just how much money she lost from the toxic Trump brand: book