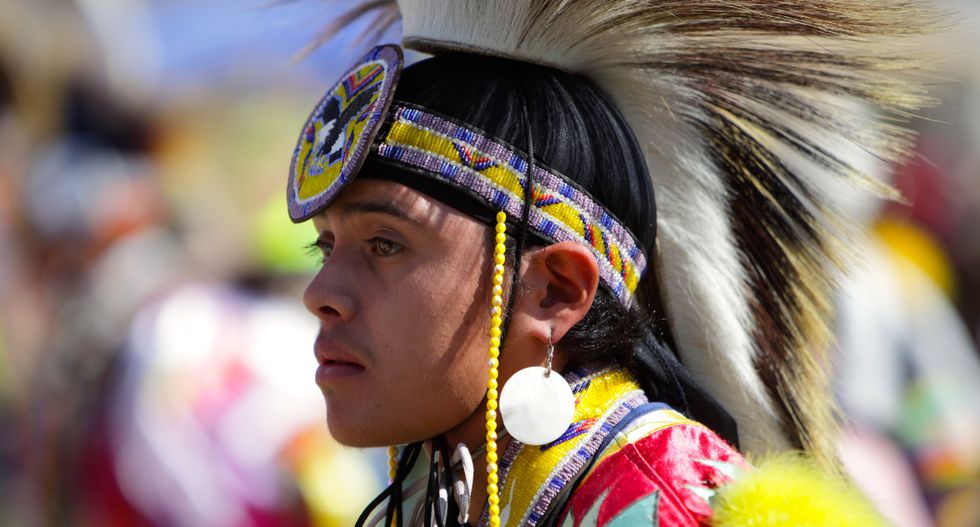 On Thursday, Vox reported on the case of an evangelical family whose lawsuit over an adoption fight could lead to the dismantling of the Indian Child Welfare Act — and ultimately, weaken Native American tribal sovereignty altogether.

"In June 2016, a 10-month-old Navajo and Cherokee boy was placed in the home of a white, evangelical couple in Fort Worth, Texas," wrote Roxanna Asgarian. "The next year, the Brackeens were temporarily held back in their plans to adopt the boy, when, under the provisions of the Indian Child Welfare Act, the Navajo tribe located a Native family unrelated to the boy to take him in. So the Brackeens filed a federal lawsuit. 'He had already been taken from his first home, and now it would happen again? And the only explanation is that we don’t have the right color of skin? How do we explain that to our own children? We’d done nothing but sign up to do good,' Jennifer Brackeen told the Times."

By this point, the tribes have relented and allowed the adoption to go through. But the Brackeens are now pushing for the invalidation of the ICWA altogether — a law that was meant in part to rectify the long and brutal history of the U.S. government separating Native families. A district court has agreed the ICWA is unconstitutional, but the Fifth Circuit partially reversed the decision. The Fifth Circuit is now rehearing the case en banc, and it may ultimately end up before the Supreme Court.

"Sarah Kastelic, the executive director of the National Indian Child Welfare Association, said that ICWA acknowledges important familial and tribal bonds that have long been disregarded, and that Native ways — such as extended families living under the same roof — have often been used to show unfitness in child welfare proceedings," wrote Asgarian. "'No matter the picket fences and swimming pools and things, most of the time, kids want to be with their families,' she said."

"If overturned, the repeal of ICWA could upend a law in place for more than 40 years," wrote Asgarian. "And the legal case has much broader implications than just child welfare — it cuts at the heart of tribal sovereignty in this country. The 573 federally recognized tribes could be left open to legal challenges on many fronts if the basis of ICWA is found unconstitutional."

This would be a disaster for Native children, as the ICWA is widely considered to be the gold standard of child welfare laws, being one of the first such laws that prioritized keeping families together over other considerations like wealth. But the consequences could go much deeper than just child welfare.

The report continued: "'The core of their argument is that it’s an unfair racial preference and that we should have a colorblind system,' Chuck Hoskin Jr., the principal chief of the Cherokee Nation, told Vox. 'What that misses is what’s a bedrock of federal Indian law in this country, which is that tribes are sovereign, not distinguished as a race but as a special political designation. That’s a critical underpinning of not just ICWA, but many laws that relate to housing and healthcare and education and employment. For that to be eroded by a successful attack on ICWA — that would have broad implications on all of these.'"