Why Americans are afraid to have babies 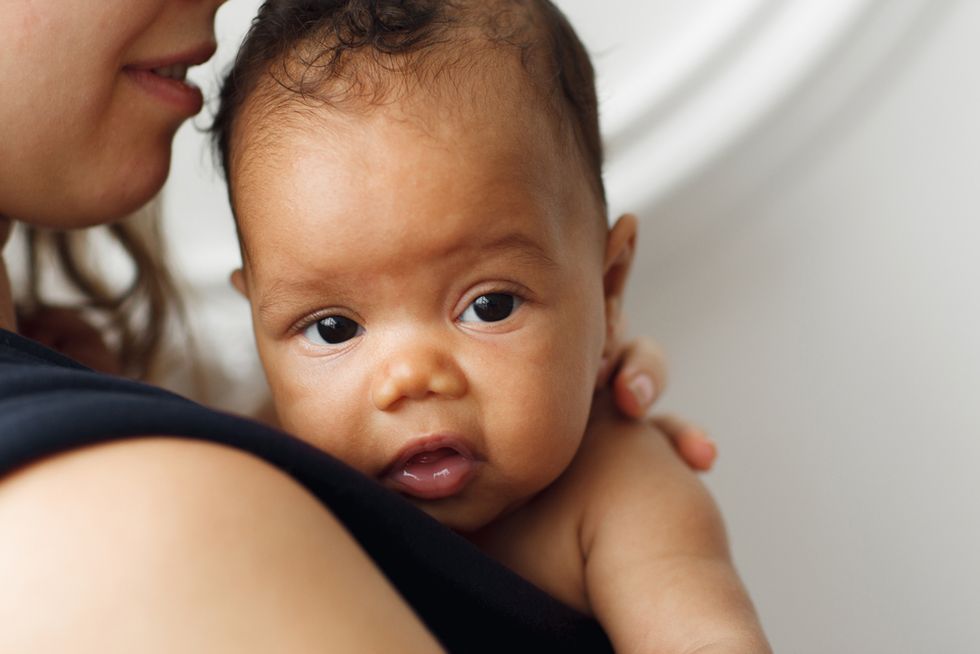 A baby being held by his mother (Shutterstock).

Many Democrats are completely fixated on getting Donald Trump out of the Oval Office, no matter what it takes (or which Democratic presidential candidate). While that's certainly an important and obvious goal, the political stakes in 2020 are far, far greater than that.

Yes, there are compounding, existential and political crises that go beyond corrupt Beltway intrigue so much of the media fixates on.

Capitalism is in crisis. It is manifested in the deterioration in local conditions, a decline in the birthrate as well as in entrepreneurship.

The blooming orange despot is merely the flower on top of the cactus.

Our national slide happened in concert with wealth concentration accelerating and income disparity becoming even more pronounced. It should come as no surprise that in our increasingly winner-take-all society, the power of multinational monopolies grows by the day.

Yet most Americans likely do not grasp the gravity of the national moment locally, because between 2008 and 2018 the country lost 47 percent of the newspaper reporters that do the kind of work I do at the Chief-Leader. We cover things like the rise in violent attacks on bus drivers and Emergency Medical Service personnel, and the surge in the ranks of the homeless mentally ill in our public libraries, transit systems and jails.

As a Transport Worker Union official told me, after yet another brutal assault on a bus driver ,what we are seeing is an erosion of the basic social contract you need for safe mass public transit.

Add in the existential threat of climate change, and it appears that American have to rearrange things (politically speaking) radically and quickly.

The United States has been unraveling for a while now, both along Main Street and Martin Luther King Blvd. There are huge swaths of the country in the rust belt and rural America where the decline is measured in a dip in life expectancy, increased suicides, alcohol and substance abuse related premature deaths.

These trends have been decades in the making. And yet, because of the decline of local and regional newsmedia — a phenomenon driven by Silicon Valley — the deterioration of American civilization is overlooked and under-discussed. You can observe this in the current 2020 presidential debates and stump speeches: most Democratic candidates, aside from Senators Bernie Sanders and Elizabeth Warren, promote the idea that America is flawed but still great, and that economic opportunities are still rife for our population.

The rise of Trump came in part because the corporate news media physically concentrated along I-95 failed to grasp this socioeconomic slide driven by decades of declining or flat wages paired with the massive rise of household, medical and student debt.

This all happened as our Congress became richer and richer and our politics increasingly served corporate interests. Simultaneously, the Beltway became increasingly out of touch with that 40 percent of the country the Federal Reserve tells us would have a hard time coming up with $400 to cover an emergency.

In March of 2016, the Trump campaign was cranking up and former Secretary of State Hillary Clinton was running her campaign on the strength of President Obama's economy. Yet it was clear to me — as it was evidently to many Americans who were unswayed by her pitch — that the alleged "recovery" was a construct of abstract data points, including the national unemployment number.

No one lives, dies or votes in the aggregate.

To know what's really going on Main Street and MLK Boulevard you need to study county level data. In 2016, the National Association of Counties reported that out of the nation's 3,069 counties only 214 had actually recovered based on the four criteria they used; county unemployment rate, job creation, GDP growth and the median home price.

Moreover, of the 126 largest counties, with more than a half-million residents, only 17 had recovered.

In places like Cleveland and Newark, zombie homes abandoned by families forced out by the banks depressed the value of the homes that were occupied. Wall Street was saved, but local streets were left to their own devices and this dislocation endures to this very day.

And so, the nation's elites were just stunned to learn that despite winning three million more popular votes than her opponent, Ms. Clinton came up short in the places the corporate news media had been ignoring

Now, under the misrule of Trump, wealth concentration has accelerated as corporations took their tax savings and plowed it back into self-serving stock buybacks and bonuses instead of actually investing in their businesses or employees.

In 2018, Eduardo Porter, writing for the New York Times, insightfully framed the question "can the market economy still deliver prosperity?"

"Belying breathless headlines about the fabulous opportunities that technology is about to bestow on society, it suggests that many rich market democracies have lost much of their dynamism," Porter writes. "Their companies are getting old, and their labor markets are getting stuck. Productivity growth has slumped. And many workers in their prime are peeling off from the labor force."

This continued unraveling and further notice stagnation is seen in the wave of retail store front vacancies as a tax dodging colossus like Amazon squeezes brick and mortar businesses out of existence. In 2018 5,844 stores closed. Last year there were 9,300.

While on the business news cable shows this is just reported as a quirky trend, for local municipal officials it means the erosion of employment, their tax base and the locally based charity that only comes from a going concern.

This multi-faceted decline is reflected in the nation's scandalous maternal mortality rate and the vast racial disparity revealed in that data.

"Maternal mortality is often used as an international indicator of the health of a population overall," wrote Gaby Galvin for U.S. News & World Report. "From 1990 to 2013, research published in medical journal The Lancet found that on average, developed countries saw a 3.1% annual decline in an assessment of maternal mortality ratio. The U.S., however, saw an annual increase of 1.7%."

At the same time as we neglect our mothers and newborns, we are in the midst of what the Centers for Disease Control and Prevention says is a record decline in our birthrate.

Indeed, it has dropped to a 32-year-low. And 2018 was the fourth year in a row that our birthrate dropped — down 2 percent from where it was in 2017. The demographic implications are profound for our country in terms of the sustainability of systems like Social Security.

"It's a national problem," Dowell Myers, a demographer at the University of Southern California, told NPR. "The birthrate is a barometer of despair," which Myers told the broadcaster was a sign that the country's young people weren't sufficiently optimistic to want to bring another life into the world.

With the total cultural fixation on Trump, his corrupt machinations and the DNC horse race, we are not seeing the bigger picture:an America too afraid of the future to start a business or to have a baby.

The time for a locally-organized, national renewal is long overdue.