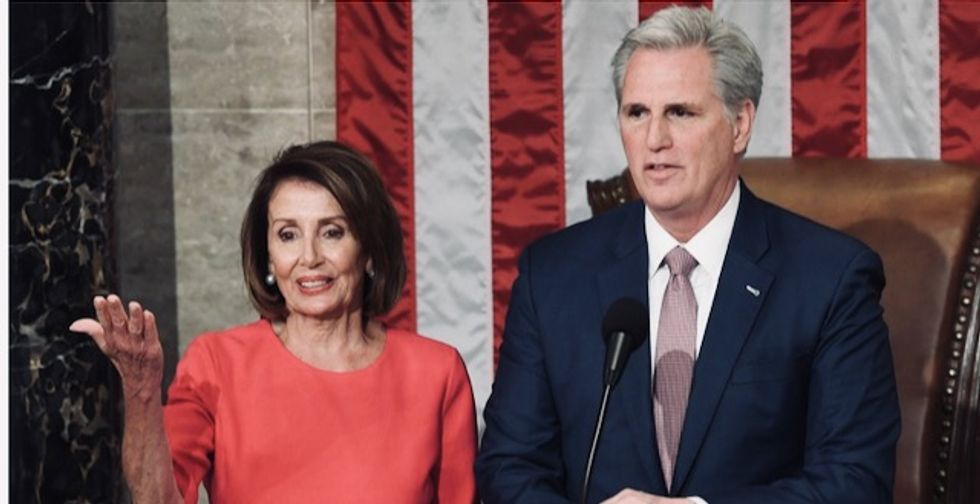 "Nothing says bipartisanship like extending provisions of the PATRIOT Act."

With the nation's attention fixed on the rapidly spreading coronavirus, the Democrat-controlled House of Representatives on Wednesday passed legislation to extend FBI surveillance powers that were set to expire on March 15.

The bill, formally titled the USA FREEDOM Reauthorization Act, cleared the House by a vote of 278 to 136, with 152 Democrats and 126 Republicans voting yes. View the full roll call here.

Attorney General William Barr voiced his support for the measure in a statement on Wednesday.

"The bill would reauthorize Section 215 powers Congress established under the USA Patriot Act in 2001," Free Press noted. "Section 215 is the provision national security agencies cited in the past to support their unwarranted collection of phone records of hundreds of millions of people in the United States."

"Opposition to this legislation is gaining momentum as the bill moves to the Senate," said Fulton. "It's unthinkable that anyone there would seek to grant an extension of these spying powers to the same agencies that have so often sidestepped safeguards and ignored Americans’ fundamental privacy rights."

The Daily Beast reported Wednesday that in addition to raising alarm about the bill's reauthorization of PATRIOT Act provisions, some are concerned that the measure could hand Barr more power to investigate President Donald Trump's political rivals.

"Congress has the chance to require independent, nonpartisan oversight of the FISA process, as proposed in multiple bipartisan bills," Sen. Ron Wyden (D-Ore.) told The Daily Beast. "Instead, House leaders seem intent on putting into law that FISA surveillance of politicians and candidates will be directly under the control of Attorney General Barr."

"Donald Trump has made it clear that he expects Bill Barr to politicize DOJ investigations on his behalf," Wyden added. "The solution to the concerns raised by the inspector general is not to codify the politicization of surveillance, especially in lieu of actual reforms."