‘A major failure’: Evangelical pundit turns on Trump for ‘confusing people‘ with his coronavirus lies 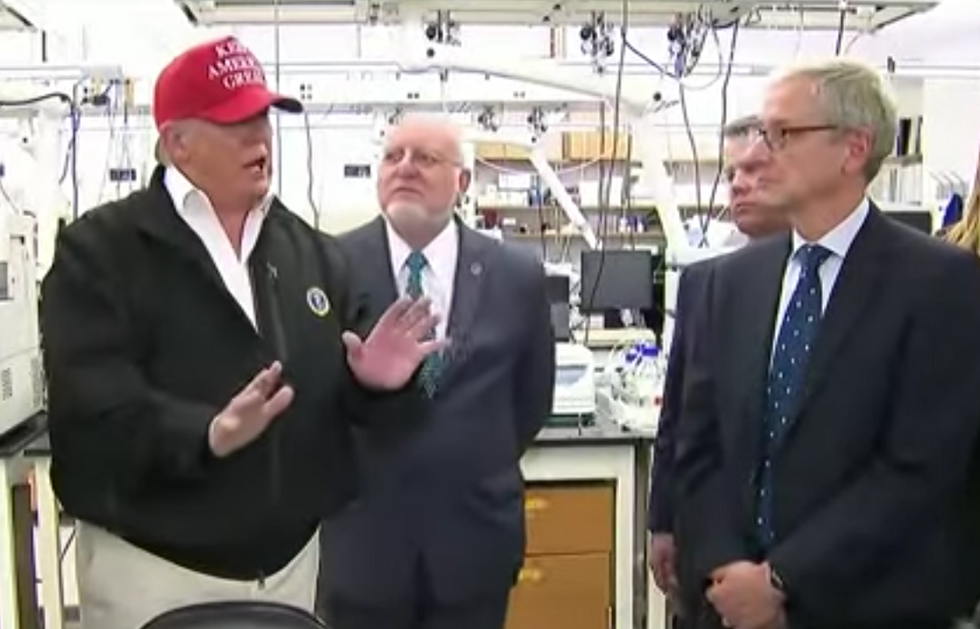 David Brody is a chief political analyst for Pat Robertson's Christian Broadcasting network. He, like many evangelicals, is also one of President Trump's most vocal supporters. But in a tweet this Thursday, he took the unusual step of taking Trump to task over him claims that "anybody" that needs a test for coronavirus will get a test on demand.

Brody tweeted video showing Trump's comments while touring the Atlanta CDC headquarters, where he can be seen saying, "They're there, they have the tests."

"Anybody that needs a test gets a test,"Trump says in the video.

"On Friday March 6th, @realDonaldTrump said, 'Anybody that needs a test gets a test.' That is 100% FALSE. Full stop," Brody wrote. "He was wrong then and it's wrong today too. Many American citizens want a #coronavirus test right now but can't get access to one. This is a MAJOR FAILURE."

"Being a great leader has many attributes," he wrote. "Confusing people is not among them. @realDonaldTrump provided false information about testing...multiple times! Invoking hyperbole in certain situations may be permissible but false statements about the #Coronavirus is sloppy & dangerous."