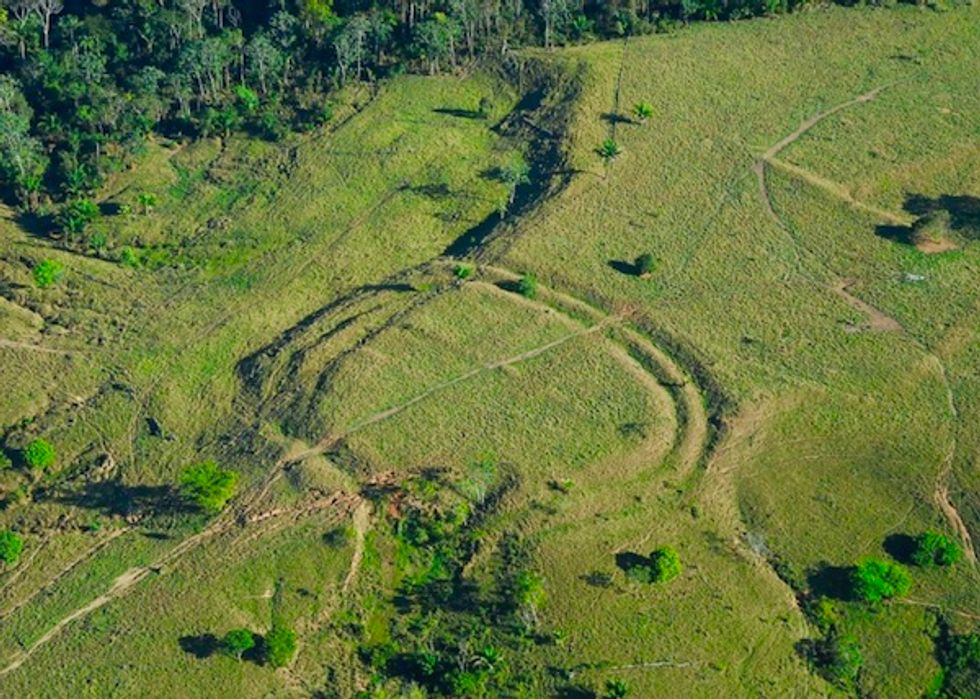 "We've found that one of the most worrying impacts of climate change has already begun."

"After years of work deep in the Congo and Amazon rainforests, we've found that one of the most worrying impacts of climate change has already begun. This is decades ahead of even the most pessimistic climate models," said Simon Lewis, a senior author of the study and a professor from the School of Geography at the U.K.'s University of Leeds.

"There is no time to lose in terms of tackling climate change," said Lewis.

The findings, published in the journal Nature, represent the collaborative effort of roughly 100 institutions in which researchers tracked some 300,000 trees spanning 565 patches of undisturbed tropical forests across Africa and the Amazon over a 30-year period.

Researchers used measurements of tree growth and death, along with CO2 emissions, rainfall, and temperatures, to estimate carbon storage or "sequestration."

"We show that peak carbon uptake into intact tropical forests occurred in the 1990s," said lead author Wannes Hubau of the Royal Museum for Central Africa in Belgium.

At that time, the forests were able to store 46 billion tonnes of CO2 from the atmosphere, representing about 17% of human-made carbon dioxide emissions.

Fast forward to the 2010s, and the researchers found the amount dropped to an estimated 25 billion tonnes, on par with roughly 6% of human-made carbon dioxide emissions.

Over the 30 years, the area of intact forest shrunk by 19% but global carbon dioxide emissions soared by 46%, the researchers noted.

The potential for the Amazon forests to switch from carbon sink to carbon source isn't far off, with the study predicting it could happen as soon as the mid-2030s.

Hubau, in his statement, stressed need for ongoing monitoring "as our planet's last great tropical forests are threatened as never before."

For the moment, at least, humanity should still consider tropical forests carbon sponges. But, if urgent and bold measures aren't taken soon, that could well change.

"Intact tropical forests remain a vital carbon sink but this research reveals that unless policies are put in place to stabilize Earth's climate it is only a matter of time until they are no longer able to sequester carbon," said Lewis, pointing to the possibility of a feedback loop being triggered.

"One big concern for the future of humanity is when carbon-cycle feedbacks really kick in, with nature switching from slowing climate change to accelerating," Lewis said.

The bottom line for global governments is clear.

"By driving carbon dioxide emissions to net-zero even faster than currently envisaged, it would be possible to avoid intact tropical forests becoming a large source of carbon to the atmosphere. But that window of possibility is closing fast," said Lewis.

Professor Douglas Sheil at the Norwegian University of Life Sciences, a contributing researcher to the study, put the findings in stark terms.

"Our results are alarming," he said.

"The word 'alarming' should not be used lightly," continued Sheil, "but in this case it fits."

by
Andrea Germanos, staff writer
Science
Please contact support@rawstory.com for customer support or to update your subscription. Report typos and corrections to: corrections@rawstory.com.