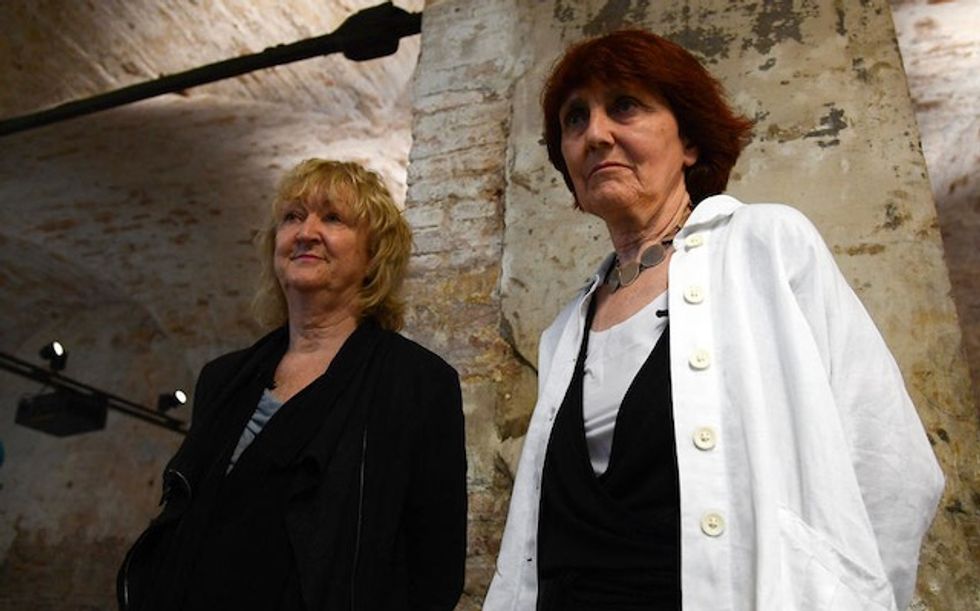 Dublin-based Yvonne Farrell and Shelley McNamara were awarded the Pritzker prize on Tuesday -- the first time a female duo has scooped architecture's most prestigious award.

Just three women have won Pritzkers before them and no Irish citizens have ever picked up the prize.

Architects since the 1970s, the duo have developed a unique style that is modern while emphasizing craft and working with site-specific aesthetics.

The jury cited Farrell and McNamara's "integrity" and "generosity towards their colleagues."

The judges also praised their "unceasing commitment to excellence in architecture, their responsible attitude toward the environment, their ability to be cosmopolitan while embracing the uniqueness of each place in which they work."

The pair say their home of Ireland informed their focus on geography and shifts in climate, resulting in buildings that celebrate detail while remaining modest.

"What we try to do in our work is to be aware of the various levels of citizenship and try to find an architecture that deals with overlap, that heightens your relationship to one another," the Pritzker committee quoted Farrell as saying.

The two women co-founded Grafton Architects in 1978 in Dublin, where they both continue to work and live.

The past four decades have seen them complete projects in Ireland as well as Britain, France, Italy and Peru.

"Within the ethos of a practice such as ours, we have so often struggled to find space for the implementation of such values as humanism, craft, generosity, and cultural connection with each place and context within which we work," said McNamara.

"It is therefore extremely gratifying that this recognition is bestowed upon us and our practice and upon the body of work we have managed to produce over a long number of years."