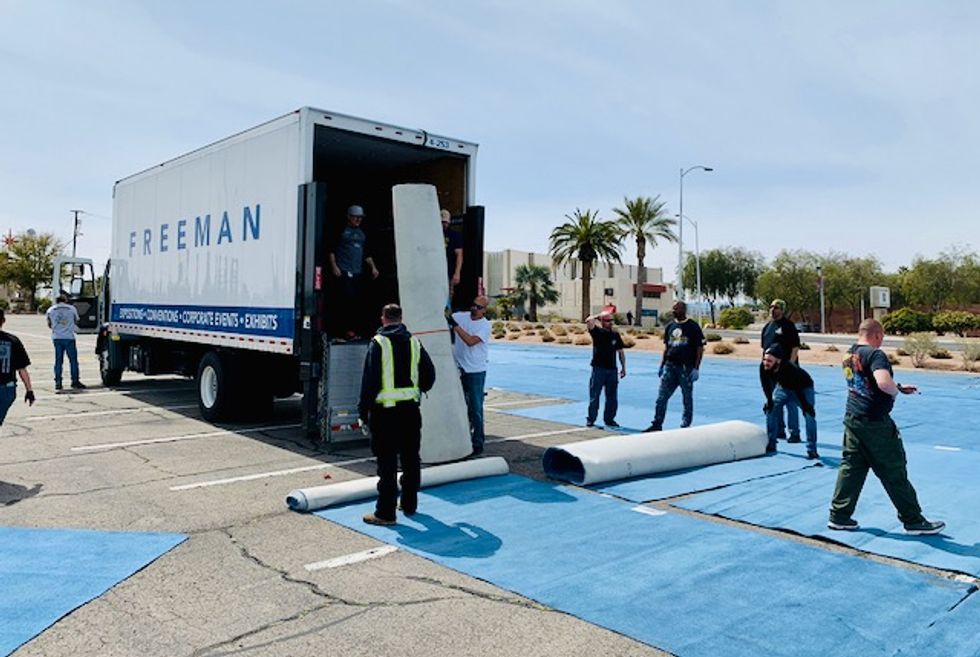 Progressives condemned officials in Las Vegas Monday for a city plan to "shelter" some of the city's homeless population in a parking lot—even as thousands of hotel rooms in the area were empty.

After a man who had been staying at the Catholic Charities of Southern Nevada tested positive for the coronavirus, officially known as COVID-19, Clark County and Las Vegas city officials announced they had devised a plan to move people who would otherwise be staying at the shelter to a convention center parking lot. The county referred to the parking lot as a temporary "shelter" despite the fact that people staying there will be sleeping outdoors.

County and city officials expressed pride in their handling of the situation, with Las Vegas' chief community services officer, Lisa Morris Hibbler, telling the press, "We know we have one job as a public servant, and that is to serve the community, and I think that we're showing that we do that well."

On social media, however, images of city workers placing blue mats six feet apart and of people placing their belongings in so-called "social distancing boxes"—drawn so people staying in the parking lot can stay six feet away from each other—were met with scorn.

Several observers pointed out that hotels in Las Vegas, one of the most popular tourist destinations in the U.S., are currently closed due to the coronavirus pandemic, leaving thousands of rooms empty while homeless people are sleeping in the so-called "shelter" of an open-air parking lot.

In Santa Clara County, California, officials have secured at least 172 hotel rooms to house people facing homelessness during the coronavirus pandemic. Chicago Mayor Lori Lightfoot said last week the city planned to rent thousands of rooms for homeless people and for coronavirus patients, and New York City officials said they had lined up 500 rooms in four hotels for the homeless population.

In Las Vegas, people are expected to stay in the Cashman Center parking lot until at least April 3, when the Catholic Charities shelter is set to reopen.

Journalist Rania Khalek expressed little surprise at the treatment of people facing homelessness in the midst of the current public health crisis.

"This is America," tweeted Khalek.