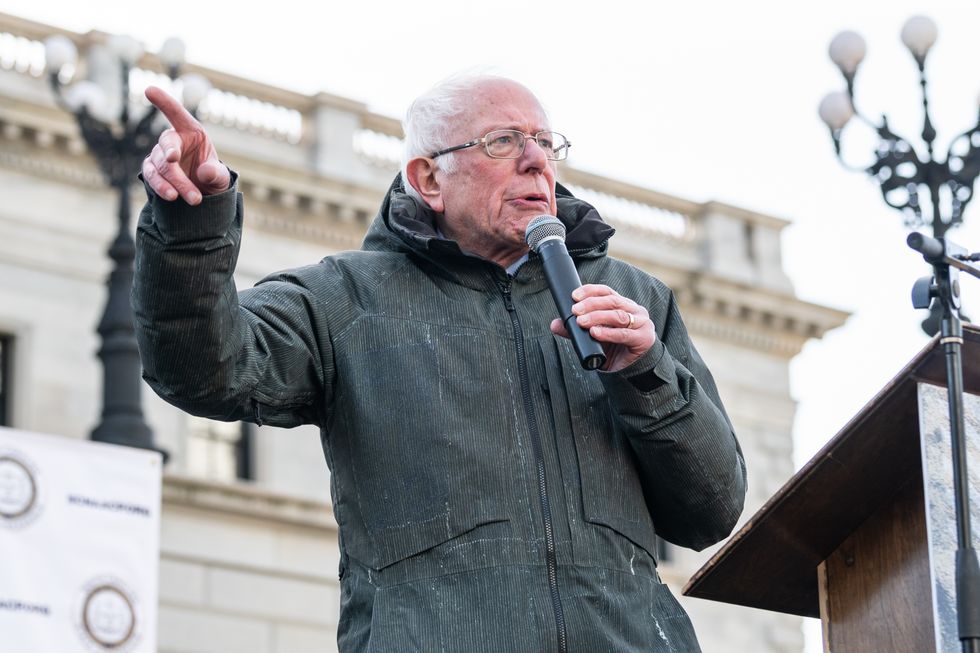 While users on social media asked Friday why Democratic presidential frontrunner Joe Biden appears to be missing in action on the coronavirus crisis — causing the #WhereIsJoe hashtag to trend — Sen. Bernie Sanders indicated his intention to remain focused on the global pandemic by announcing a virtual roundtable event focused on the crisis.

The campaigns of both remaining Democratic contenders have been dramatically curtailed by the infectious disease, but Sanders — who remains a sitting member of the U.S. Senate — has been much more active and vocal on the subject of how to manage the outbreak over the last week, even as his presidential hopes have been dashed by repeated primary losses to Biden.

On Tuesday, Sanders released a blueprint for what he believes is necessary to fight the pandemic while also protecting working families and the nation's most vulnerable from economic fallout. Called "An Emergency Response to the Coronavirus Pandemic," the plan sets forth a series of principles alongside detailed policies that guarantee healthcare coverage related to both testing and treatment of the virus be fully covered at no cost, would establish an Emergency Economic Finance Agency to manage the crisis, and create a separate oversight agency designed to protect consumers from price-gouging and corporate corruption.

While Biden also released a coronavirus action proposal — the "Plan to Combat Coronavirus (Covid-19) and Prepare for Future Global Health Threats" — the former vice president has been noticeably absent from the airwaves despite largely being seen as the presumptive Democratic nominee. Biden has pitched himself as the best candidate to take on President Donald Trump over his presidential mismanagement and crass leadership — a critique that others say is now more relevant than ever given Trump's egregious handling of the coronavirus outbreak.

"While Bernie Sanders leads," wrote historian Christo Aivalis, "Joe Biden is hiding. In this crucial moment, Americans need leadership, and they aren't getting from the man already being crowned as the Democratic nominee."

Journalist and co-founder of The Intercept Jeremy Scahill, tweeted: "We were all told that we desperately need Joe Biden's leadership and experience. Now all we have to do is find him."

In an Common Dreams column Thursday, progressive activist Norman Solomon arguedthat the coronavirus crisis offers a serious opportunity to compare the governming styles and ideological commitments of Sanders and Biden—especially as a contrast to Trump and the Republicans.

According to Solomon, "the differences between what Biden and Sanders are advocating have enormous implications for what could be done to curb the deadly virus in this country."

The Biden vs. Sanders vs. coronavirus question, Solomon wrote, "is not only an electoral contest between presidential candidates. It's also a contrast of patchwork fixes vs. profound structural changes. Refusal to upset the apple carts of corporate power vs. willingness to fight that power. Tepid adjustments vs. truly transformational agendas."

As people across the country increasingly realize that key planks of the Sanders agenda—from Medicare to All to paid sick leave to better labor protections—would make a world of difference in combatting the virus, the shortcomings of the status quo, including the nation's tattered safety net and the bottomless greed of its for-profit healthcare system, are also coming into to sharp relief:

On Friday night at 7:00pm ET, Sanders is scheduled to host a virtual roundtable on the economic and health crises created by the coronavirus outbreak.

Sanders will speak to viewers live from his campaign office in Burlington and be joined remotely, according to the campaign, "by leaders who are on the frontlines of the fight to ensure working people aren't left behind in the response to the crisis."