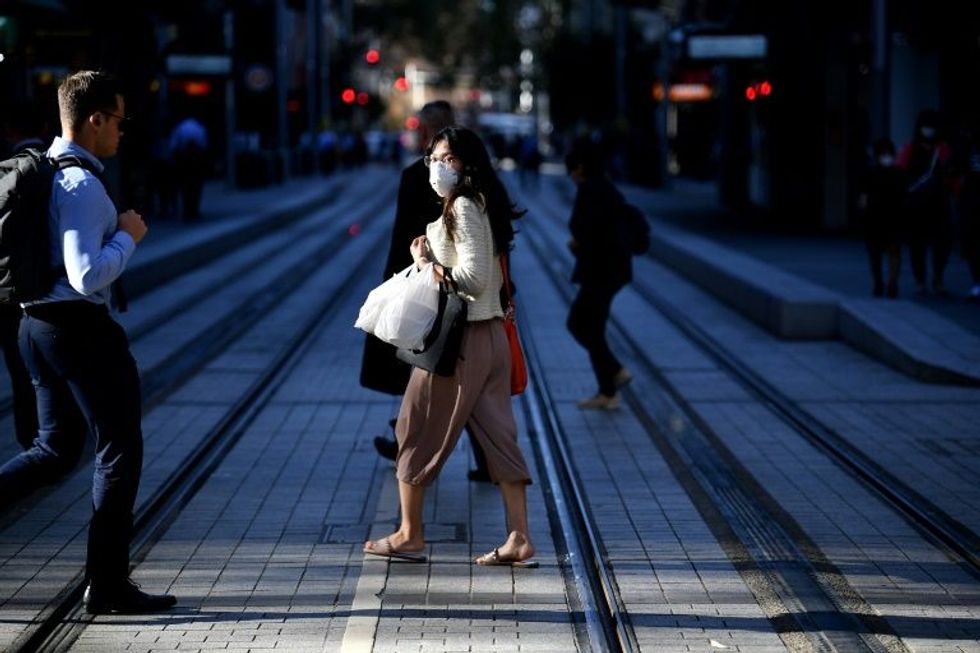 Australia and New Zealand moved to seal off their borders Thursday, announcing unprecedented bans on entry for non-residents in the hope of stemming the rise of COVID-19 infections.

The announcement came as Australia's biggest airline Qantas said it would halt all international flights for at least two months and suspend two-thirds of staff in response to the pandemic, while the country's central bank cut interest rates to record lows.

Australian Prime Minister Scott Morrison said the ban on anyone who is not a citizen or permanent resident coming to Australia will be in place from Friday evening.

A similar measure was announced by his New Zealand counterpart Jacinda Ardern, who acknowledged: "I recognise how extraordinary this is. In no time in New Zealand's history has a power like this been used."

Australia and New Zealand had already announced a slew of restrictions to tackle the pandemic, but have so far stopped short of closing schools or instituting wider-ranging lockdowns.

Policymakers hope the bans will slow the rate of infection enough to avoid more draconian measures that would cripple the two economies and transform life for months to come.

Australia currently has 709 confirmed cases of coronavirus, with the total doubling roughly every three days. New Zealand has 28 cases.

A recent opinion poll showed 69 percent of Australians back closing the border.

"Today's decision stops any tourist, or temporary visa holder such as students or temporary workers, from coming to and entering into New Zealand."

Earlier Qantas said all of its international flights would be suspended by late March for at least two months.

"The efforts to contain the spread of coronavirus have led to a huge drop in travel demand, the likes of which we have never seen before," Qantas chief executive Alan Joyce said, adding that the airline would suspend 20,000 of its 30,000 staff during the shutdown.

Airlines worldwide face an unprecedented existential threat as the coronavirus shuts down global travel, leaving governments with controversial and costly decisions about which carriers to bail out.

The Transport Workers' Union said Qantas was making staff foot the bill for the crisis.

"This plan is designed to wipe the slate clean on all worker entitlements, including long-service leave and accrued benefits," union secretary Michael Kaine said in a statement.

Qantas shares were down more than 15 percent on Thursday, amid a renewed market fall.

In a bid to pull the economy out of a pandemic-induced free-fall, Australia's central bank cut interest rates to record lows and moved to pump billions into the financial system Thursday.

The Reserve Bank of Australia cut the cash rate by a quarter of a point to 0.25 percent, making it the latest lender-of-last-resort to announce emergency measures during the fast-moving crisis.

The bank told markets that rates would remain low "until progress is being made towards full employment", a clear promise that borrowing will remain cheap for the foreseeable future.

It also said it would intervene in the bond market -- a move designed to ensure that the Australian government and business can borrow cheaply to counteract the cost of the crisis.

"The functioning of major government bond markets has been impaired," bank governor Philip Lowe said in a statement.

"At some point, the virus will be contained and the Australian economy will recover," he said.