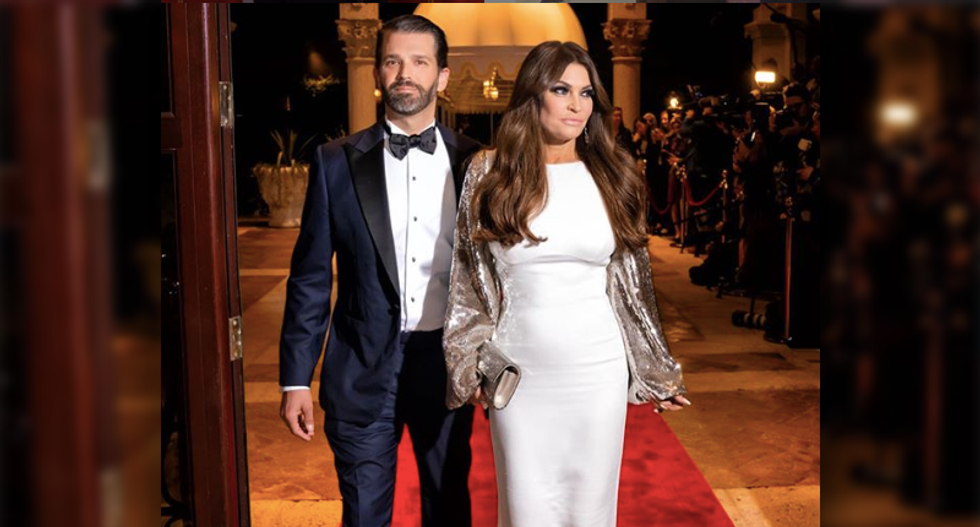 Campaign donors are the ones who footed the hefty bill for Donald Trump Jr.'s girlfriend, former Fox News personality Kimberly Guilfoyle to have a lavish birthday party at Mar-a-Lago.

The Trump friends and family, along with White House staff were on hand to wish Guilfoyle a happy 51st birthday, and the big event even had campaign sponsors, reported the New York Times.

"But when it came to picking up the tab, hands went out to other attendees," the report revealed. "Among them were at least four whose families are financial supporters of the president’s re-election campaign, for which Ms. Guilfoyle helps lead the fund-raising. They ended up pitching in tens of thousands of dollars, passed along to Mar-a-Lago, to help pay for what two people familiar with the planning said was a $50,000 celebration."

The bill was paid for by Trump's supporters, though it hasn't shown up on a campaign finance report yet.

It's something that has become consistent in the Trump world, the Times explained. "His reliance on other people’s money rather than his own fortune, and the overlap between the president’s private and public roles."

The report cited Campaign Legal Center official Brendan Fischer, who explained it's another example of the "illustration of the blurred lines between Trump’s presidency, his campaign, and his family’s personal and financial interests."

One attendee never met the Trumps or Guilfoyle, but he said he wanted "to have my name promoted” as a "sponsor" of the birthday party. It creates an appearance that Trump is trying to curry favor from those willing to support his family and funneling money into his own properties so he can profit.

“This may not be illegal, but it is incredibly unethical,” Fischer said.

The hourslong event is now famous, but not just for Guilfoyle. It's where photos were taken of a Brazilian government official who has tested positive for the coronavirus.