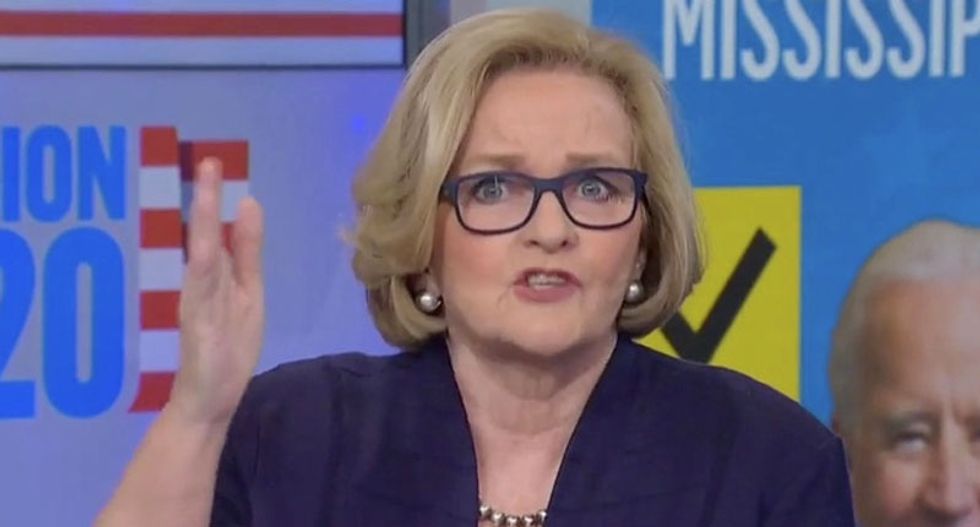 “What a joke,” the Democrat from Missouri called Johnson Wednesday morning on MSNBC. “What an embarrassing tool.”

McCaskill was responding to former House GOP committee spokesperson and senior advisor, Kurt Bardella, attacking Senate Republicans for “all of a sudden” holding “a subpoena vote on the whole Burisma — Hunter Biden issue. That’s where their attention is today. They’re not worried about this crisis. They’re not worried about the mismanagement of what’s going on right now and how we got there. They’re instead going to try and go after the Democratic frontrunner for president in a taxpayer-funded witch hunt.”

Reminding viewers that Johnson is chairman of the Homeland Committee, McCaskill explained that “he has jurisdiction over coronavirus and the federal response. Is he calling a hearing? Is he trying to figure out why first responders’ tests aged on a shelf in the state of Washington until they were no longer good? Is he going to tell people why they can’t get the test? No,” she said, holding up her finger.

McCaskill, now an MSNBC political analyst, pointed out that going after Hunter Biden isn’t even in Johnson’s committee’s jurisdiction.

“The Judiciary Committee’s not issuing subpoenas on Hunter Biden. The Foreign Affairs Committee’s. No. This joke Ron Johnson is actually politicizing” an investigation into Hunter Biden instead of having “one focus: What is going on with the United States of America federal response to the coronavirus.”

“People should be really angry about this.”