Close to tipping point, Amazon could collapse in 50 years 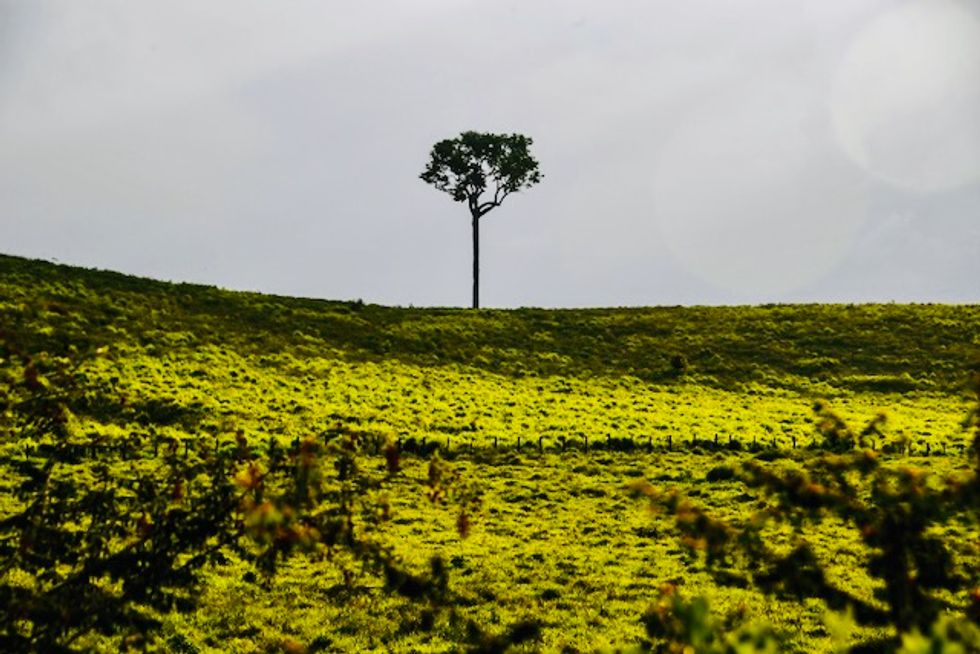 Deforestation in Brazil View of the landscape from the BR163 highway, near Santarem, Para state, Brazil, in the Amazon rainforest in 2019 AFP/File / NELSON ALMEIDA

The Amazon rainforest is nearing a threshold which, once crossed, would see one of the world's largest and richest ecosystems morph into arid savannah within half-a-century, scientists said Tuesday.

Another major ecosystem, Caribbean coral reefs, could die off in only 15 years were it to pass its own point-of-no-return, the scientists reported in the journal Nature Communications.

Each of these so-called "regime changes" would have dire consequences for humanity and other species with which we share habitat, they warned.

In both cases the projected tipping point for irreversible change results from global warming and environmental damage -- deforestation in the case of the Amazon, and pollution and acidification for corals.

The UN's climate science advisory panel, the IPCC, has said that 1.5 degrees Celsius of atmospheric warming above preindustrial levels would doom 90 percent of the world's shallow-water corals. A 2C rise would spell their near-complete demise.

Earth's surface has already heated up more than 1C.

The temperature tipping point for the Amazon is less clear, but scientists estimate that clearing 35 percent of its surface would trigger its eventual demise.

About 20 percent of the Amazon basin rainforest -- straddling seven nations and covering more than five million square kilometers (two million square miles) -- has been wiped out since 1970, mostly for the production of lumber, soy, palm oil, biofuels and beef.

Recent out-of-control fires in the Amazon and Australia -- both made more likely and more intense by climate change -- suggest that many ecosystems are "teetering on the edge of this precipice," he added.

Scientists not involved in the research endorsed its methodology and sounded an alarm at its conclusions.

"The implications of the study for the Amazon are terrifying," said Alexandre Antonelli, director of science at the Royal Botanical Gardens in Kew, London.

"Unless urgent action is taken now, we may be on the brink of losing the world's largest and most biodiverse rainforest, which has evolved for at least 58 million years and sustains the lives of tens of millions of people."

The Amazon ecosystem could pass a point-of-no-return as soon as next year, Willcock and colleagues reported.

Another study, published last week, showed that the world's tropical forests are rapidly loosing their capacity to absorb planet-warming carbon dioxide emitted by burning fossil fuels, with the Amazon in the process of flipping from a CO2 "sink" to "source".

Global forests -- and especially the tropics -- soak up 25 to 30 percent of the CO2 humanity spews into the atmosphere. Oceans take up another 20 to 25 percent.

The Amazon's dense tropical canopy -- the largest in the world -- also stores a huge amount of carbon, roughly equivalent to 10 times the amount discharged into the atmosphere every year.

"The new findings are a further reminder that this ecosystem ... is at risk over a timescale of no more than a few decades," Georgina Mace, a professor or biodiversity and ecosystems at University College London, commented.

It has long been known that ecosystems can shift, sometimes quickly, under stress.

The researchers analysed such transformations in more than 40 natural environments on land and in water, ranging in size from small ponds to the Black Sea.

One of these -- the Sahel in Africa -- changed from forested landscape to desert, though over a longer timescale.

"Big systems collapse much faster than you might expect," said co-author John Dearing, a professor at Southampton University in England.

But once a certain threshold is crossed, the same modularity causes the rate at which the system unravels to accelerate.