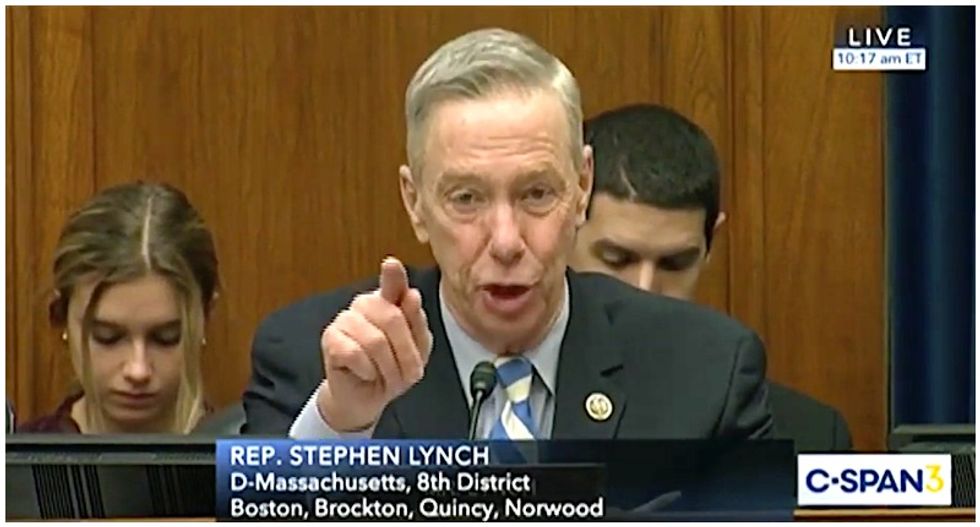 During a House Committee hearing on the preparedness and response to coronavirus, Rep. Stephen Lynch (D-MA) questioned a panel of health officials, including National Institute of Allergy and Infectious Diseases Director Dr. Anthony Fauci, taking an opportunity to chastise them for giving President Trump a pass on his conflicting messaging on the outbreak.

"The President's statements, from the beginning of this, has been contrary to the direction that you have given us," Lynch said directly addressing the panel, adding that Trump told his constituents that tests for the coronavirus were "ready."

"So, my constituents went to their local health centers, went to their hospitals -- there were no tests. Zero. ... That's not a good situation." he continued. "[Trump] said this in front of some of you at a public hearing, at a press conference, and I saw no one step up and say, 'No, the president wasn't correct, the tests are not there, they're not ready...'"

Lynch acknowledged that there needs to be "unity" when it comes to tackling the outbreak, but added that "we are not going to get that when the president is telling people that the cases of coronavirus are going down, not up."

"They doubled yesterday in my district," Lynch declared, before slamming Trump's comments where he said he has a "natural ability" to understand infectious diseases.

Watch his comments in full below: