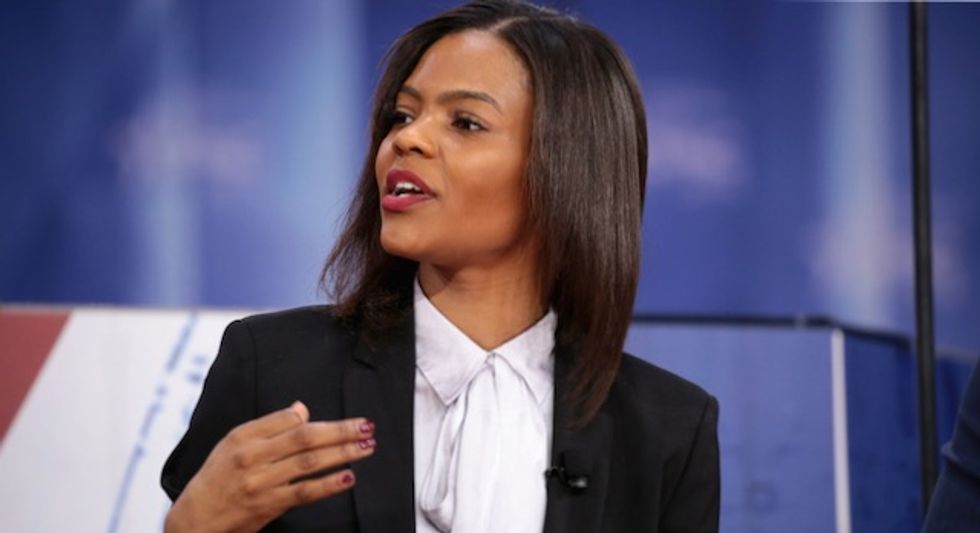 “Life does not mean ‘you get to live forever."

Right-wing commentator Candace Owens has come out swinging against fellow Republicans who are ​advocating ​government policies that could ​soften the ​blow of the coronavirus pandemic in the United States.

With President Donald Trump’s acknowledgment of the severity of the pandemic Monday, ​Republicans’ response to the ​virus, formally known as COVID-19​, ​has shifted from dismissing the potential harm it could wreak to advocating federal measures ​such as cash handouts to low- and middle-income Americans and shutdowns of restaurants, bars, and public gatherings to dampen the disease’s negative impact.

In a Periscope live video Monday night​, Owens described the global pandemic as a “social experiment” in which some conservatives set aside their purported small-government values amid “mass hysteria.”

“Anyone telling you that we just need more government, more government, more government to fix this is completely out of touch with reality,” Owens said. “I watch the news because I’m on the news a lot. I know people that follow me probably consume the news. The majority of Americans do not consume the news. The majority of Americans are not reacting in a way that you think that they should be acting because you’re fearful. And if you believe in freedom, freedom doesn’t suddenly stop when you get scared.”

Owens said that people who think others needed to be compelled to practice social distancing ​are living in a “media reality​,” ​adding ​that even during World War II, people still gathered in bars while bombs were being dropped overhead.

Owens’ broadcast had been viewed more than 430,000 times at the time of ​this article, according to Periscope.

​Owens continued her crusade against ​Republicans’ policy response​s to ​the coronavirus ​Tuesday. When someone responded to her Periscope stream that “Life comes before Liberty in the Declaration of Independence,” Owens wrote back​, “Life does not mean ‘you get to live forever’. It means you have a right to life. A virus is not taking away your right to life.”

When a self-described fan asked Owens in a tweet what she thought should be done in response to the coronavirus, Owens ​suggested business continue as usual: “I would recommend just accepting there is a new virus, & like all viruses, some people will die &like all viruses, if you are old, you need to be especially careful & are welcome to quarantine yourself. Otherwise— business as usual. 750 million infected from flu, every year.”

“Conservatives have really lost the thread with this one,” Owens wrote​ in response to the closure of businesses and large gathering places in major cities. “All the Left had to do was find something they were afraid of to prove that they too would give up all of their liberties for state control which is increasing every day. I continue to disagree with all of it.”

Owens got her start in conservative media as a fringe right-wing media figure​ calling herself “Red Pill Black.” She once co-hosted Infowars alongside conspiracy theorist Alex Jones.