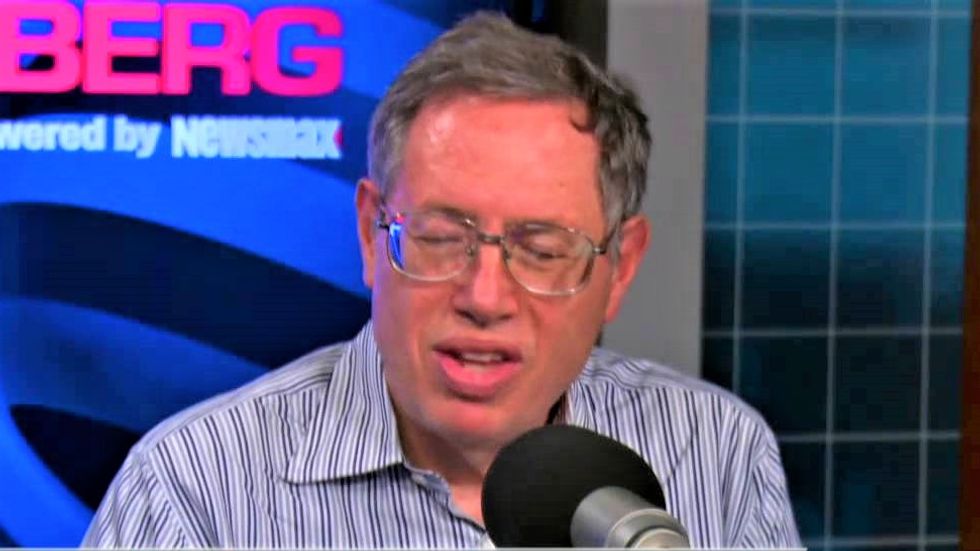 Richard Epstein, a scholar at the right-wing Hoover Institution who made an infamously wrong projection about only 500 Americans dying from coronavirus infection, has conducted yet another train wreck interview.

After getting picked apart by New Yorker journalist Isaac Chotiner recently, Epstein also granted an interview to Vox's Jane Coaston in which he once again made factually incorrect statements about COVID-19's lethality and its contagiousness.

During the interview, Epstein followed in President Donald Trump's footsteps by making a specious comparison between COVID-19 and the season flu, and then asked, "Has anybody decided to shut down the economy for six months every year for flu season?"

Coaston then inserted a link showing medical professionals now believe COVID-19 is twice as contagious as the seasonal flu, in addition to being ten times as deadly.

Epstein also spent a good chunk of the interview railing against government stimulus programs typically used to combat recessions, even though such programs have been shown to lessen the harmful financial impacts on ordinary people.

"Stimulus programs, by the way, it doesn’t matter whether you have a financial meltdown or a biological meltdown, it’s the same basic logic," he said. "The case for them rests strictly on the notion that short-term benefits of money, in utility terms, are much higher so that the normal relationship between utility and wealth is completely distorted."